It was inevitable that Taylormade would eventually release their Spider putter in the white Ghost line. Afterall, everything at Taylormade is going white. Today I received a 33″ Taylormade Japan Ghost Spider Center Shaft for testing and photos. While we usually get many Japan market only TM putters, this time around, Taylormade decided to release the Ghost Spider worldwide and even in center shaft which is so typically Japan only. 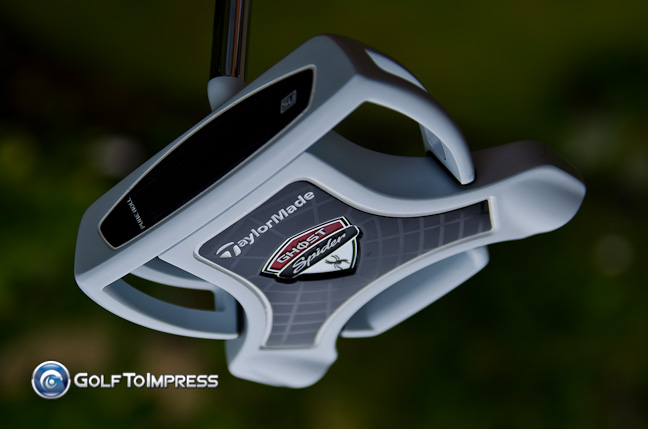 At first glance there really isn’t much to differentiate the Japanese model Ghost Spider from the global one but there must be something different right? This is a JDM release after all. The Ghost Spider uses the steel wire and aluminum body as well as Surlyn Pure Roll insert, just like the global model. Where the JDM model is different is on two fronts, one, price as Japanese market gear is always more expensive due to exchange rate and consumer market factors, and two, it’s alignment markings. 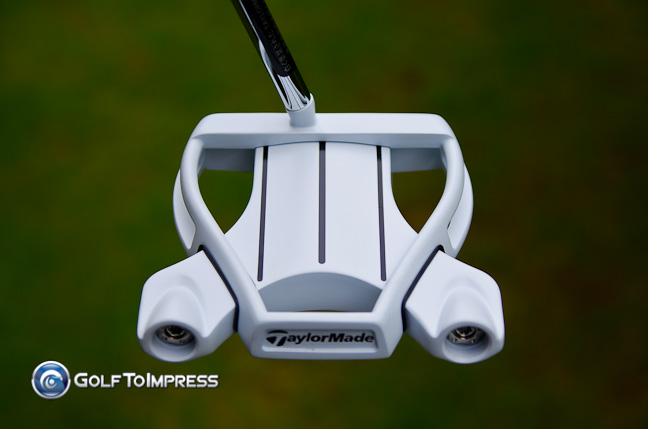 Taylormade Japan decided that basic and simplicity is best so instead of opting for the basketball type alignment marks that the global model uses, it decided the JDM Ghost Spider should have the 3 black line alignment. I personally like this alignment best, and since switching to the Raylor Ghost which has a similar 3 line alignment, my putting game has no doubt improved. Taylormade touting the Ghost Spider as a High MOI Mallet, also looks to have gone back to the original Spider size rather than use the Itsy Bitsy Spider dimensions meaning the new Ghost Spider is built for max forgiveness. 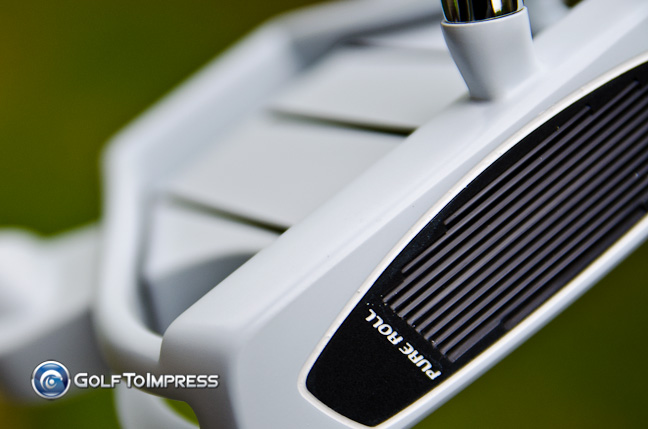 I like the Surlyn Pure Roll face that is pretty much found on most if not all Taylormade Putters these days. This face is one of the reasons why I went back to using a TM Putter. In the past I didn’t really like the AGSI variants as well as the RSI Japan insert. I found them to be a little too soft (especially the RSI which was way to soft) and for me I wasn’t getting enough feedback. The Pure Roll is soft enough but still lets you know where you hit it. Using the 3 line alignment marks you can hit the ball on towards the toe or heel to reduce distance but still roll it very straight thanks to its 0* toe down balance which promotes straight back and forward stroke. The Ghost Spider also features Taylormade’s moveable weight technology and comes with 2 x 6 gram weights in the back. Apparently the head is around 360g though Tayloramade does not specify swing weight (and I don’t have a swing weight scale here). My 33″ Raylor Ghost CO-72 has had its head weighted up to approximately 360g and comparing the two, their swing weight feels very similar. While both putters use the same insert, the Ghost Spider feels a bit more crisp at impact than the Raylor which is a bit more muted and perhaps softer. This could be due to the weighting of the putters, as the Ghost Spider has much more weight in the back of its head than the Raylor which also increases its MOI over the Raylor. 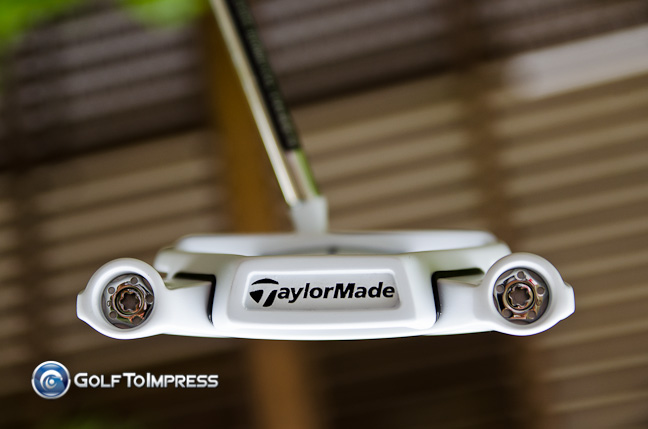 I’ve got two rounds coming up in the next 10 days on courses that require deft putting on fast and tricky greens and I will bring the Taylormade Japan Ghost Spider with me. It looks ultra forgiving and feels very straight putting here in the office but the true test will be out on the greens during a round. I always feel we should look at putters more but the glory clubs are always the woods, irons and wedges. But in the end its the putter that putts in the hole for you and is your most used club.

As always you can find the clubs we look at on the blog in our pro shop at Tourspecgolf.com.