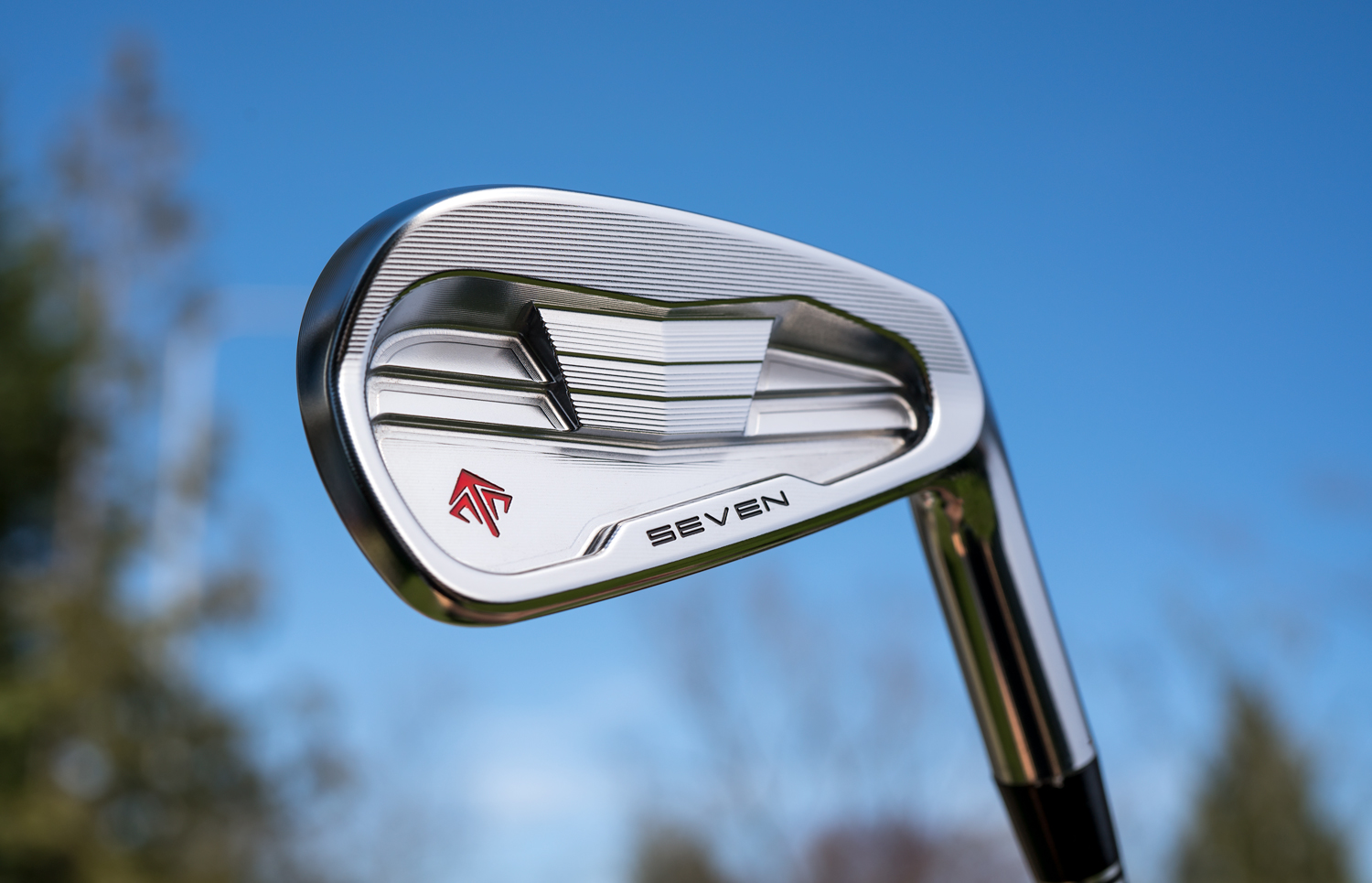 Introducing the newly updated SEVEN CB Iron – SEVEN has updated many aspects of their full CNC flagship iron design, the update is related to both performance and aesthetics.

The new improvements include: 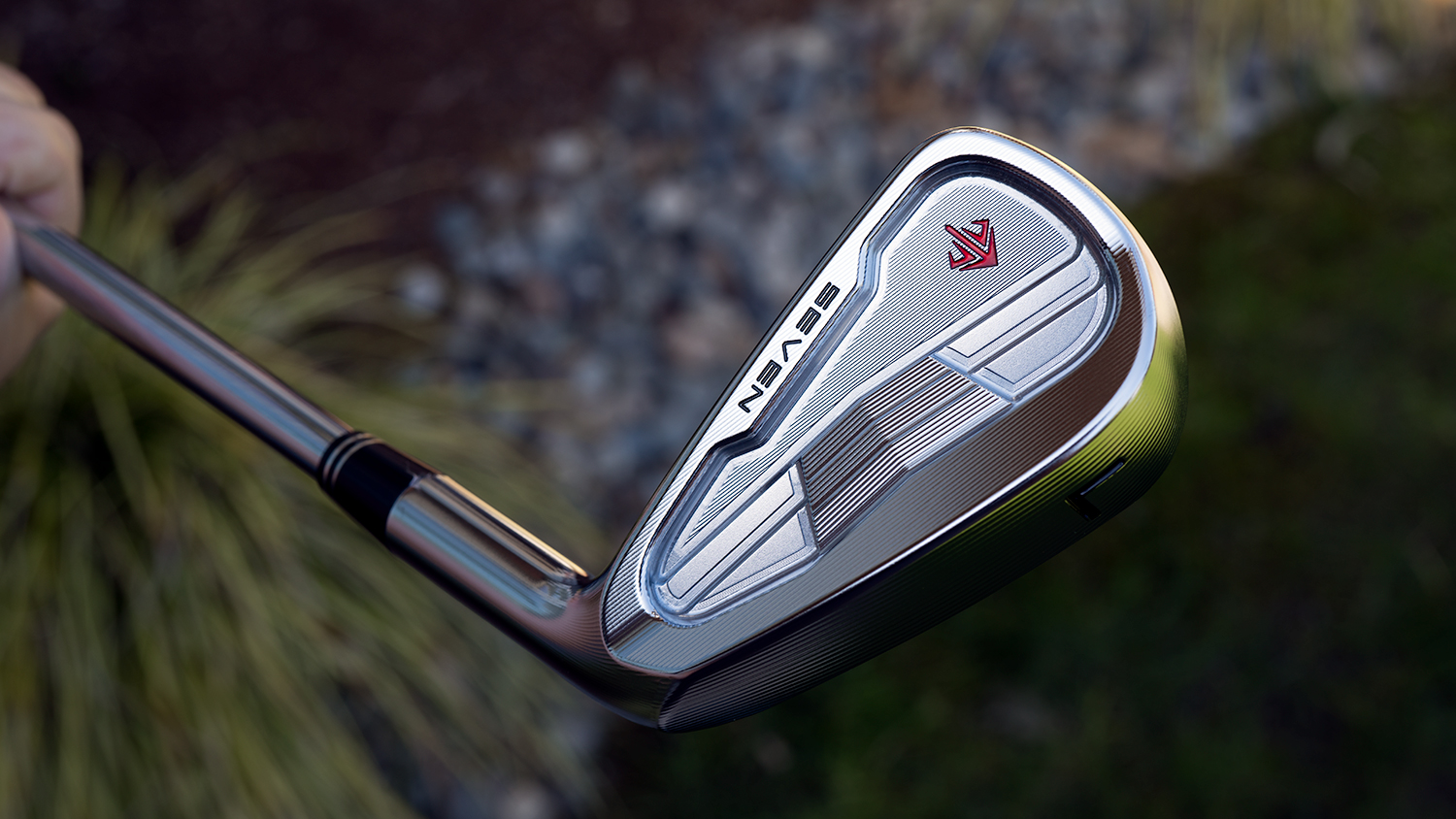 If you have been following our blog posts about the brand SEVEN you probably are familiar with how their irons in the past used traditional handmade manufacturing and over the years and multiple iterations of redesign and reengineering, SEVEN has evolved into the full CNC Cavity Back brand as we see here today.

In a golf market where many of the manufacturers are pursuing Chinese made hollow, multi-material irons focused on distance, it seems many are also starting to ignore or forget about the traditionalist and purist in the market who continue to believe that single piece mild carbon forged heads are what provides that satisfying feel and workability. 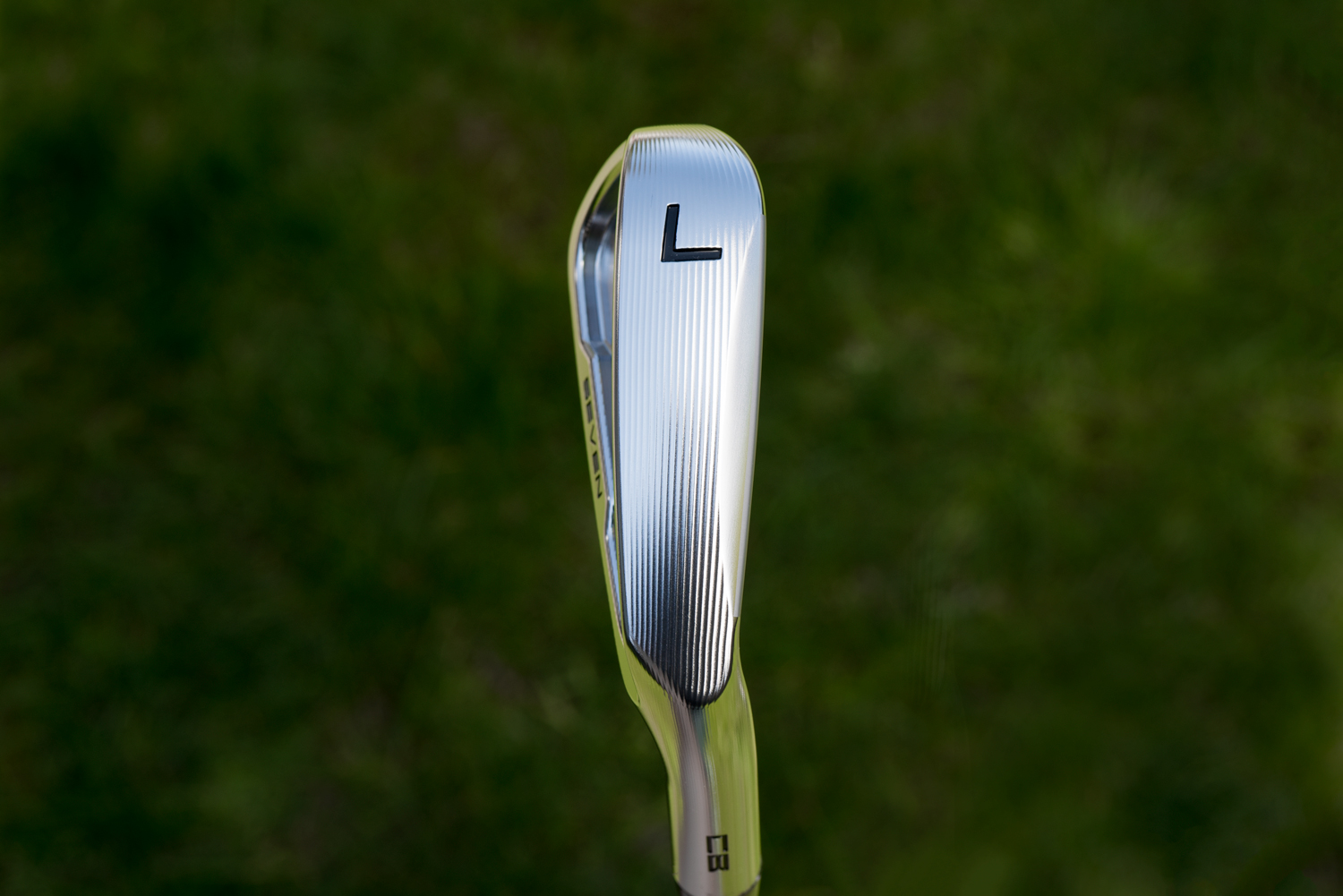 For a long time, single piece irons have not made many advances in the way they were manufactured or the way they looked and performed.  Now things have changed,  Modern advances in CNC milling technology allows the far more precise grind shapes that were only possible by hands of very best experienced craftsmen,  SEVEN is able to surpass even the very best grinders shapes by utilizing computer-controlled milling.   Add to that the superior consistency and tolerance of CNC  made these the absolute pinnacle of iron manufacturing.  No, these are not mass-produced,  in fact, the opposite, Each head takes many hours to produce.  Full CNC is meant to produce irons to exact specs specified by the design with the level of precision and consistency even the best craftsman would not be able to match. 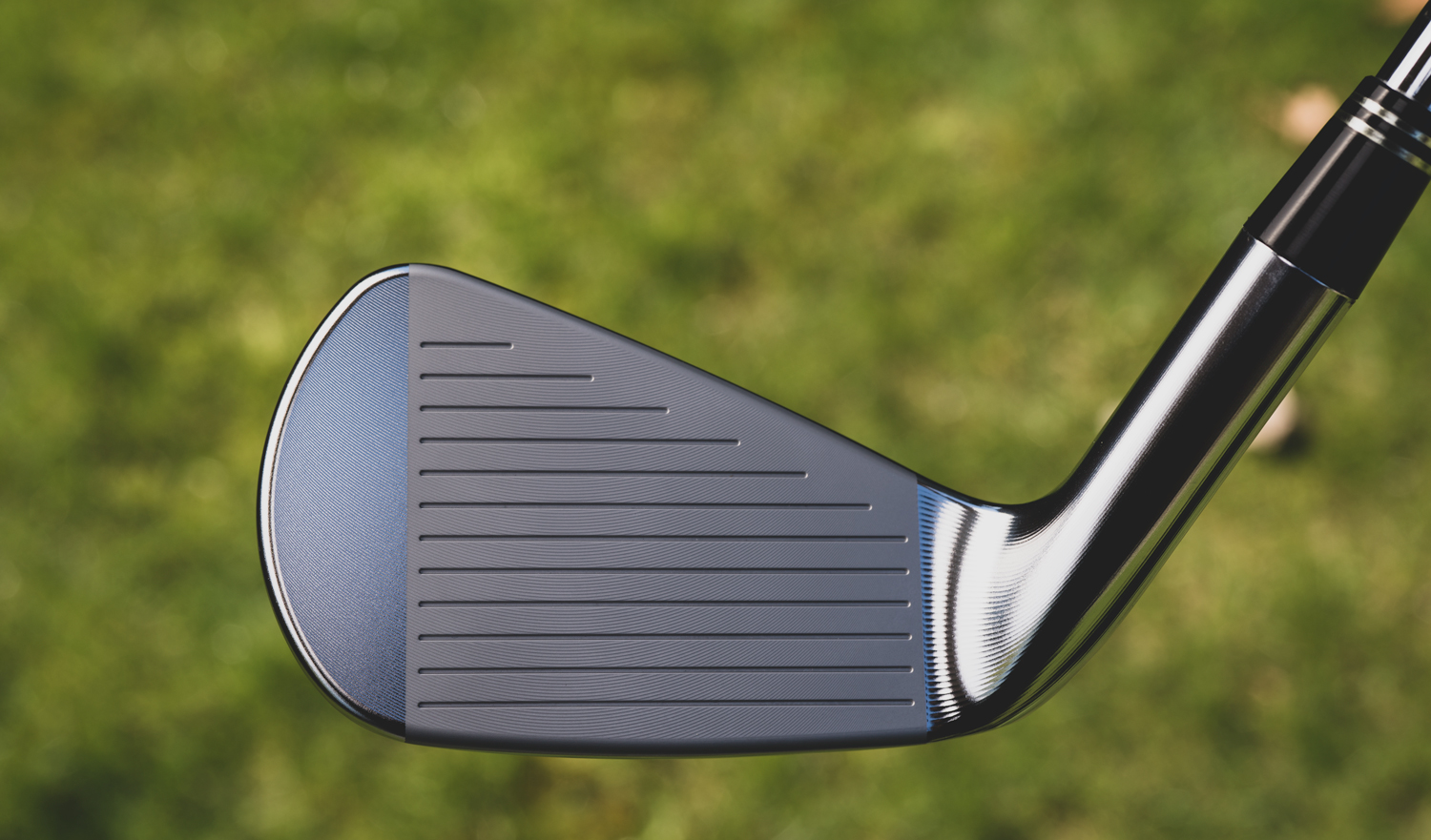 The SEVEN CB is taking high-end irons to the next level.  There are other iron sets in the market that are marketed with a high price tag,  but none that are made in Japan with the precision manufacturing process like the SEVEN Full CNC irons.  These are in a class of their own, at least for the moment,  and it will be a while until we see other manufacturers take on the challenge.  And when they do,  it is highly likely that they will carry a price tag much higher while still not being made in Japan as SEVEN is. 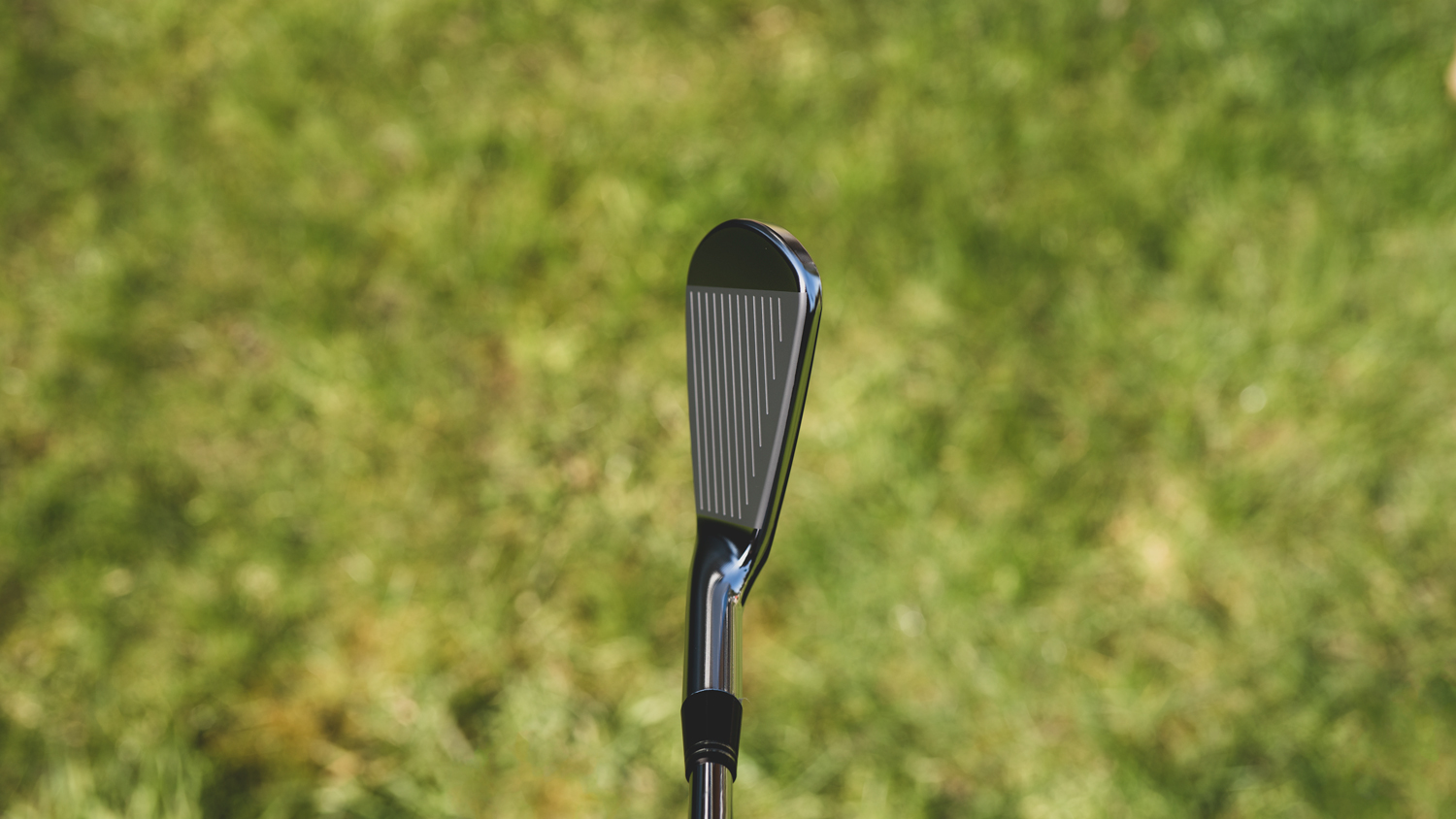 Beautiful to look at from every angle.  The lines, curves and milling marks make these irons such eye candy. Yet you can’t forget about their functional performance aspect as a true player’s cavity back.   Lofts are traditional at 27 deg with a 5 iron and 47 deg with the PW.  The center of gravity locations optimized in cad as well as real-world testing and this means that these irons are more accurately and intentionally produced that other brands. 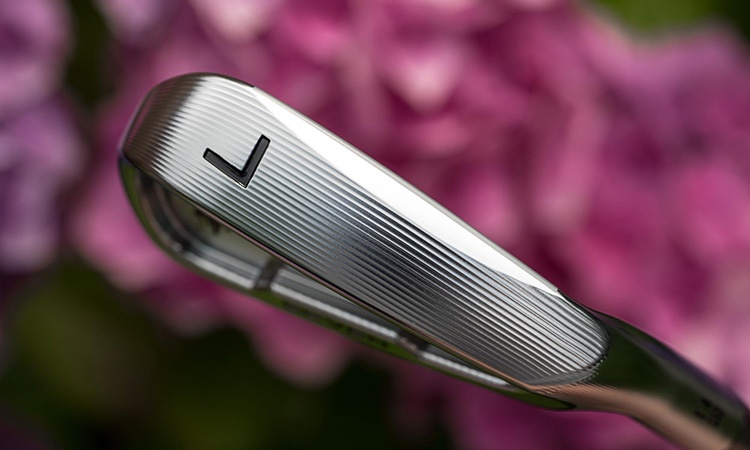 The SEVEN CB being a players model are targeted generally for a lower handicap golfer.  It is designed to provide a more obvious feedback between flushed shots vs slightly off-center hits. That kind of feedback can be both good or bad depending on what you seek from your irons. If you want true feedback so that you can continue to improve your striking skills, then these are the right irons for you.  Even though the feedback tells you the strike was not in the middle of the sweet spot, in reality, the effects of your off-center hit is not as bad as you would think.  Which I feel is ideal for someone who is constantly trying to improve their game.  The feel you get with flushed shot is a “denser buttery feel” (These words just never get old saying or hearing over and over again!!) 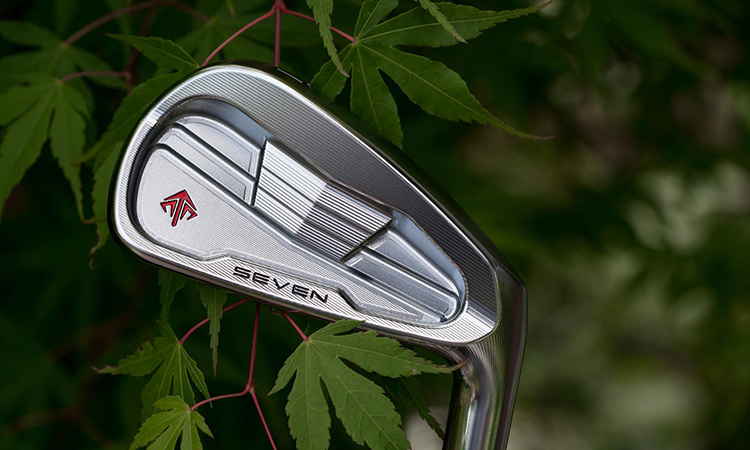 As mentioned earlier,  the SEVEN CB has traditional lofts.  While these are not considered distance oriented irons, somehow you actually get really good distances with these.  This is a validation to what they say about optimal CG location being key to iron performance. What the optimum CG placement does is that it helps provide optimum launch angle and spin.  We all know by now that this is the right recipe for maximum distance.

The CB is also surprisingly forgiving on the mis-hits.  You will definitely feel it when you miss the middle of the face and get a slightly harsher feel up the shaft into your hands,  but the actual result is a better than expected distance and direction in most cases.   I strongly believe this is a result of the head having a well-balanced design to begin with. 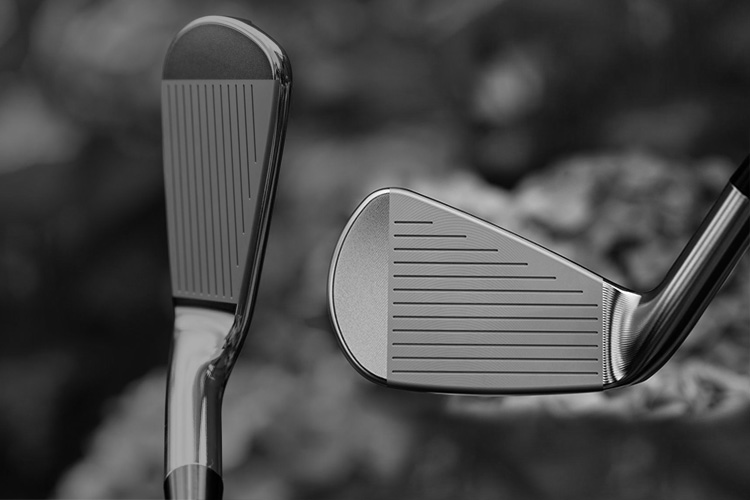