Royal Collection has been known to make some of the best Fairway woods over the last 10 years or so and have been producing clubs for over 17 years. Many golf enthusiasts in the West may be familiar with their Driving Cavity design through that was borrowed by the now defunct brand Sonartec. Sonartec has long been a popular choice of many PGA and LPGA professionals for their superbly designed and super performing fairway woods and utilities, most of which were passed down from Royal Collection years after their model release in Japan. In the past however, RC focused more on the  “Athlete” golfer (what they call low handicappers or scratch golfers in Japan) or professional player but in the last few years they strayed away a bit from that path by offering clubs like the Star FD and SFD III which were very playable and offered enough forgiveness for the average golfer. 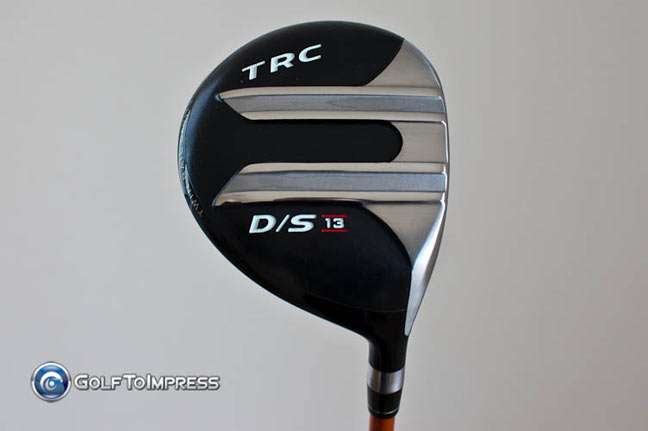 Last year they went back to their roots and offered the Tour VS line for the better and athlete golfer while at the same time still offering the SFDIII and very popular TRC Utility from 2009. This year at the 2011 Japan Golf Fair they unveiled their new 2011 TRC lineup. TRC stands for Twin Rail Cavity and describes the dual rails you see on the sole of all TRC clubs. The rails are designed to reduce friction with the turf to help maintain swing speed, and create more pure contact with the ball. This in fact is not a new design or technology and is used by many brands these days in golf. RC has been using the rail cavity and U Sole  since the early 1990’s and they seem to know what they are doing. The TRC line now consists of a Driving Spoon, Fairway Wood and Utility.

The Driving Spoon is a driver replacement and available in 11.5 and 13* lofts. It’s a cross between a strong 3 wood and a mini driver and is designed to perform somewhere in between. For those who have trouble hitting a driver and prefer a shorter club (D/S is 43.75″ long) or need a club off the tee that will provide a penetrating trajectory and more control but with minimal distance loss, the Driving Spoon fills those roles.  I thought I would bring in the ever popular PRGR egg Spoon once again as it is a benchmark for fairway wood distance and used by many for the same reason as the D/S is meant for, a driver replacement which produces driver like distance. One complaint I have had from users who have the egg Spoon is that the face is too shallow making it very scary to tee off with. As you can see from the picture I took above this is very true though the deep face of the TRC D/S most likely exaggerates the shallow face of the egg.  One will certainly be more confident teeing it up with the deep face of the TRC D/S. 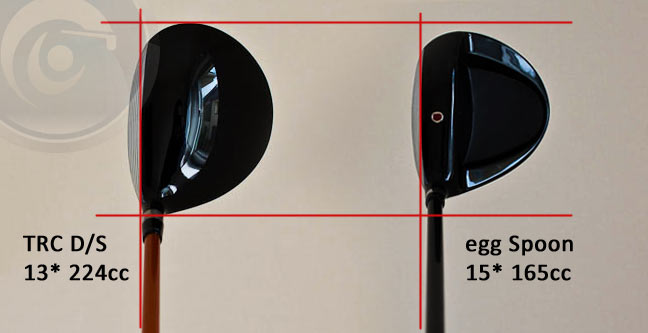 The TRC D/S and the egg Spoon are also night and day when it comes to their looks at address.  Even though the TRC D/S (both 11.5 and 13*) is a whopping 224cc in volume, it looks very very traditional at address. The 165cc egg on the other hand is very high tech with its lack of a crown and body.  If the egg were not next to the D/S you’d be hard pressed to think it was a big head as the shape looks very compact. RC did well to hid 224cc. The egg Spoon sports a square face angle while the TRC D/S is also spec’ed as square, it apears almost open. Better players looking for a club to hit into the wind or narrow fairways will appreciate the look of the TRC D/S when teeing up.

Looking at the side view of both clubs is very shocking. This is probably the most tell tale sign of the clubs performance. The taller crown of the TRC D/S allow for the CG to be placed higher in the head while the egg Spoon pretty much is right down along the ground with all its weight pushed towards the sole. These two different designs create very different ball flights. The TRC D/S is a workable penetrating trajectory. Tee it up for piercing bullets. The egg on the other hand is meant to launch it high and far though will most likely struggle more in the wind.  Where the egg does have the advantage though is hitting it off the fairway/ground. The shallow face and low CG make it very easy to get the ball up in the air while the D/S simply is not easy to hit off the ground.  The deep face and more importantly long 43.75″ of the TRC D/S was a huge struggle for me to square up and get airborne with a good launch angle.  However for those with no problems striking a deep face fairway wood and longer club off the deck, the TRC D/S will provide a bullet trajectory with monster run.  Feel wise, the TRC feels awesome. It has the solid feel of a fairway wood matched somehow with the crisp pop of a driver.  I might like the feel more than the new egg. 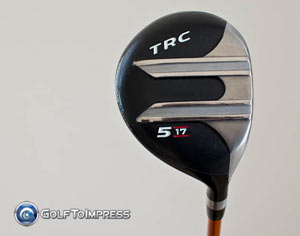 As hard as it was for me to hit off the deck, I could not resist and get a D/S 13* anyway for teeing of on bad driver days and windy days.  I felt more confident swinging the TRC D/S off the tee than I do with some big head 460cc drivers whose faces are simply “too big” if you know what I mean. The difficulty of hitting the D/S off the deck was certainly NOT an oversight by RC. It’s purpose is after all as a Driving Spoon or driver replacement. The hitting off the deck job belongs to the much more compact TRC Fairway Woods.

The new TRC Fairway Woods feature the same Twin Rail Cavity and pretty much looks like the D/S except much smaller. It comes in 14 15 and 17* lofts.  Royal Collection sent me the TRC 5 Wood which is a very small 137cc head with a mid deep square face with a square face angle. At 41.75″ in length it was considerably easier to hit, and maybe even easier to hit than the 43″ egg Spoon but with a different type of trajectory. The 5 wood has the same solid but crisp pop at impact and while it may not excel in distance it is very well rounded in that it offers very good feel and control and is not hard to hit.  If you comapare the 17* 5W to PRGR’s 17* egg Spoon (165cc) the RC looks more compact and traditional.

While the Driving Spoons are a more specialized club, the TRC Fairways I consider to be near the top of best fairway woods in Japan. If fairway woods aren’t your calling, there are also the new TRC Utilities. RC Utility clubs are used all around the world on different pro tours and for good reason. They simply perform. I’ve been gaming the 2009 TRC 21* UT in my bag now for almost 2 years. I get to try every new UT and none could knock out the TRC’s feel or performance. The key for the TRC is its a cross between a fairway wood and iron type utility. It looks like a compressed FW and its rounded shape still gives confidence at address yet its compact head allows for solid but crisp feel and awesome trajectory and direction.  The TRC Utility is available in 17 20 and 23* lofts and is longer in club length than an iron but shorter than an FW length. This is another feature that adds to its distance yet ease of use. So far no other utility for me is able to match the TRC’s feel, ease of use, distance and stability. It’s truly an all around performer and a great option with its 17* for a player who would rather use a rescue than a fairway wood. 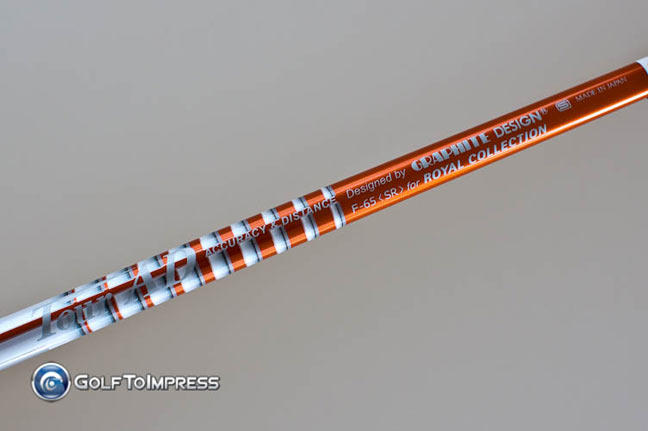 Royal Collection is not a big company. They have 20 employees (yes only TWENTY!!) and are dwarfed by other huge Japanese and American golf brands. But besides this fact, they continue to make quality clubs with well thought out designs and awesome feel and performance for all levels of golfers. The TRC line is no exception, easily good enough for the better golfer and low handicapper but also forgiving enough for the improving golfer looking for premium performance in their woods and utilities. Highly recommended!

For more info on RC clubs, please check them out in the TSG Pro Shop.