in Drivers, Featured, Golf Opinion
896
VIEWS
Share on FacebookShare on TwitterShare via Whatsapp Finally, the new products by RomaRo are beginning to roll out. I just received the new Type-R driver and have had a chance to game it a couple of rounds and get some good range time in with it, and it’s a beast. Based on the way it looks I was expecting it to play very closely to the 460HX that performs admirably and much to my surprise the two clubs play very different from each other.

Let’s wrap up the info before we move on to my review, The Type-R is 450cc’s large available in 9.5 and 10.5 lofts, it comes standard with a square face angle and 59* lie angle. Total weight with the stock shaft is 303 grams and with its 56 gram stock shaft has a D2 balance in stiff at 46 inches. It features SP-700 titanium forged cup face and a 6-4ti body making it a 2 piece structure. 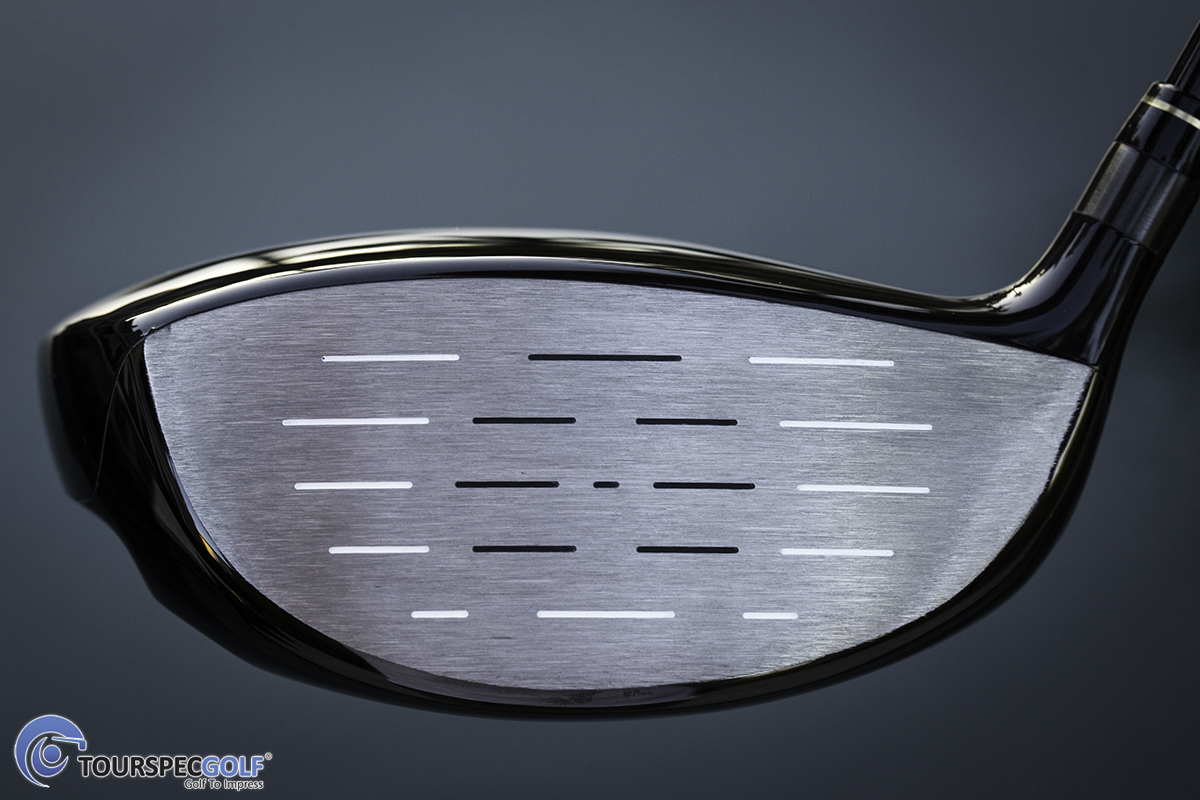 One of the new features on this driver is its more shallow face, the older 460HX and the 430cc 435LX had deeper faces. One could expect a higher ball flight with the new Type-R which isn’t really the case as RomaRo seems to have maintained the same trajectory as the HX yet by adding real estate on the heel and toe side have made this driver considerably more forgiving.

There’s a lot more info, pictures, and reviews after the link break so click “Read More” and follow the Jump… The Type-R series started off with a utility wood that came out mid 2013, it won many fans and at one point made RomaRo the number 1 component company in Japan. While they no longer carry that title they are in the top 3, and I wouldn’t doubt the release of their new 2014 models will give them a big boost.

RomaRo has reduced the spin rates compared to the previous models kudos to them as going shallower can sometimes increase spin. 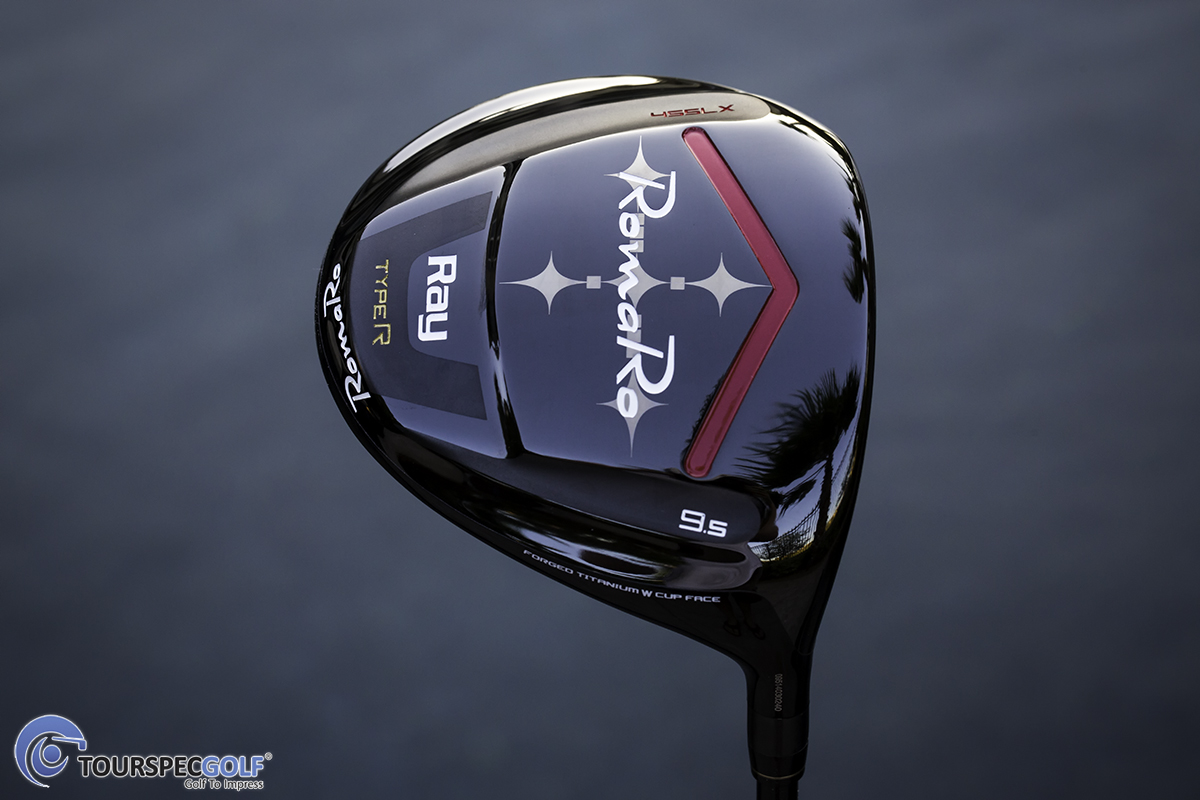 Ok, so It’s beautiful to look at but how does it play?  I was able to test the Type-R against a variety of other clubs such as the  Ryoma Maxima ST,  Modart S&D,  EGG1,  Air KM200,  and JDM SLDR.  Now keep in mind all clubs had different shafts and specs which means this review carries little weight, but it was fun, and I wish some of you guys were there to help out. The club that I wanted the Type-R to go up against was my current gamer the Ryoma Maxima ST (very non-conforming) so I decided to compare the two on the range, on the course, and in appearance.

I think a better visual comparison would be the Maxima Type-V because it has that all black finish, this is getting confusing Ryoma, RomaRo, Type R, Type D…

Anyway while it’s black like darth vadars helmet the face was kept free of the Ip finish I think that’s a smart move on RomaRo’s part because when black IP is applied to the face it seems to feel a little firmer at impact in my opinion. I don’t have the measurements of the Type-R’s face depth but the difference is quite substantial. One would assume the deeper face plays a more stable and penetrating ball flight but not in this case and for some the Maxima is hard to tame and or high launching this could be due to its hosel depth not being very deep or as deep as the D1 which means the shaft tip will play more active in this head.

If you ever find yourself in this situation with the Maxima, I suggest you try a heavier, more tip stiff, longer length shaft. On the other hand, I have seen Tatsuro hit the Maxima in any flex dead straight and long for days, I’ve had my longest drives with the ST and it’s a raging bomber. The better distance driver was the nonconforming Maxima because for the most part head to head on the same par 4 the Maxima ate the RomaRo’s lunch by about 10yds or so. I didn’t have a conforming version so again take this all with a grain of salt, not to mention while both are stock stiff flex shafts they still differ in specs, but yes the Maxima ST and I stress “nonconforming” was about 10yds longer on that day.

The more forgiving club was the RomaRo Type-R, which I could hit much straighter, and bad shots really didn’t seem as punishing in direction as the Maxima. In fact on this day this driver was the most forgiving for myself and others, whereas with the maxima you need to catch it square squared to reap its benefits. On some days, I can’t hit the Maxima at all but the Type-R is so easy to square the face up at impact, I can’t imagine how good it would be with a shaft like the TRPX Air. In the image above the RomaRo Type-R is on the left while the Maxima on the right,  first big difference is the finish,  the Maxima has a metallic effect that looks luxurious while the RomaRo is your basic black metallic. Keep in mind anytime photos are taken of top lines side by side the right always tends to look better and more straight but I think this picture shows the two perfectly.  On the right the maxima is a hair closed while on the left the RomaRo is square,  it’s actually more square than the pic shows but it’s handicapped visually by being on the left side.

Feel all day goes the the RomaRo,  see where I’m going with this?  The Maxima ST may be longer, but this RomaRo feels so good and is so playable it truly is the Type-R Hybrid but driver version.  It feels better than both of it’s predecessors  and the Maxima, and I will be gaming this now…  but before it captains the bag it must first make it through the others…  Bring on the MA01S and MA01D! 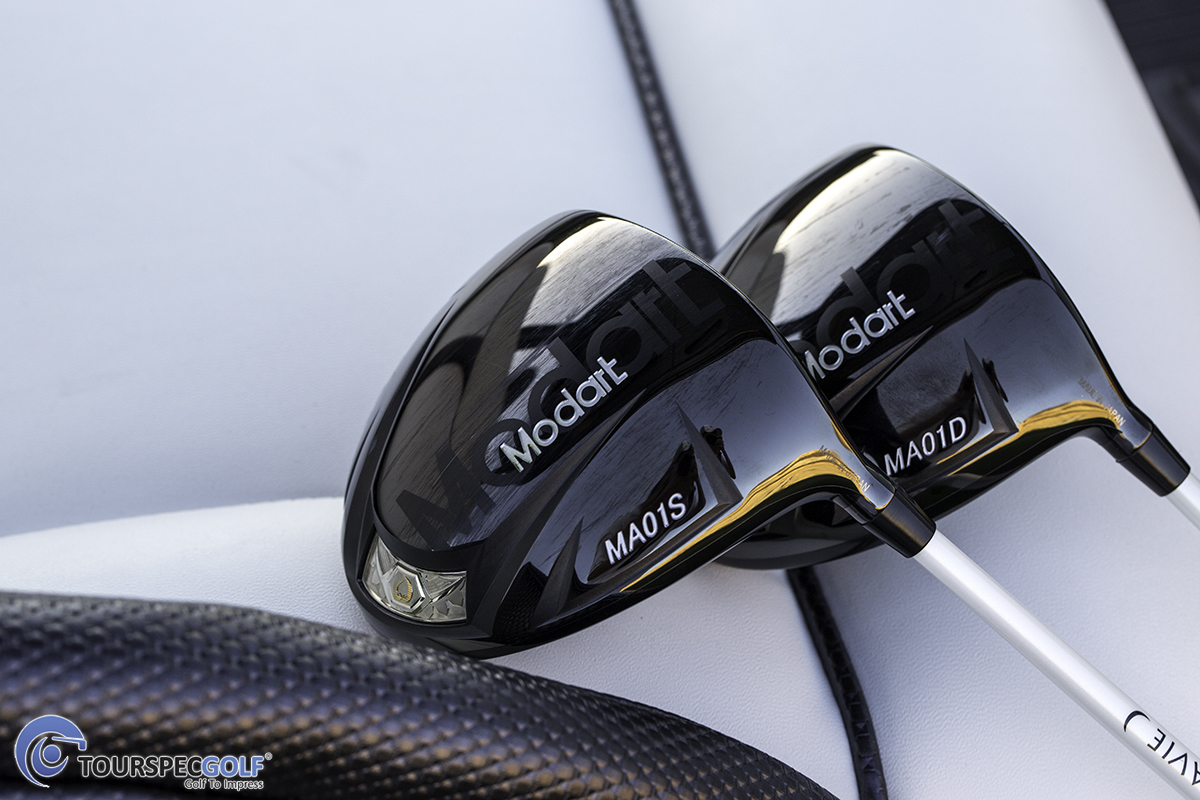