Romaro Sports had a very strong 2012 and they looked to ride that momentum right into 2013 by adding new clubs and accessories to an already awesome lineup. Last year saw all new drivers and woods as well as Pro Forged blades and the Ray H for better players. The Ray V Forged iron which were from late 2011 were still among the most popular irons for improving players and better players looking for forgiveness.  Romaro though which has traditionally been a company focused on the athlete and better golfer decided it was time to tweak the Ray V Forged iron to make even more forgiving yet more appealing visually. 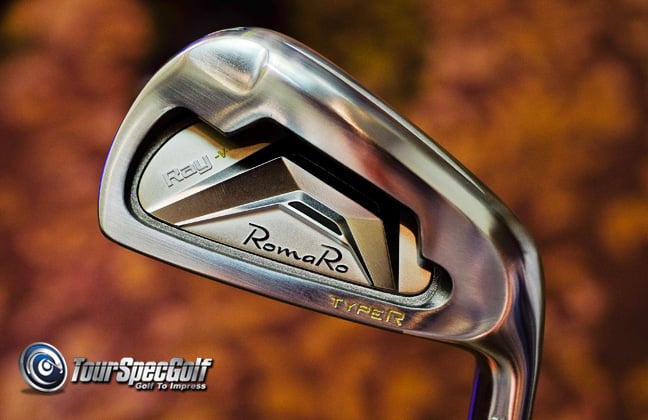 The took an already great design forged from S20C steel and featuring an undercut cavity with TPU insert, the sharpened off the shape of the cavity back creating a straighter top line and sharper toe but increased the forgiveness by changing the internal pocket cavity and weighting.  The increased MOI and larger sweet spot equal less distance lost on miss hits and an overall more attractive package. The back cavity has a new V pattern which enhances feel at impact on the sweet spot. Romaro decided to release the improved V Forged as the TypeR which is the name of the new performance lineup aimed at the average golfer.

Romaro has always featured forged Titanium cup face fairway woods and utilities which is rare in golf other than drivers. The Ray FW and UT’s from last year (which are still current) were well liked by the better player but average golfers did not find them as easy to play due to thicker faces and higher CG positioning aimed at stronger players.  They redesigned all the fairway woods to feature thinner and hotter faces with lower and deeper CG positioning due to a new sole design with weighting similar to what the 460HX looks like. They even did it with the smaller Tour Select Head which is for the player who wants a smaller square faced head but with forgiveness. 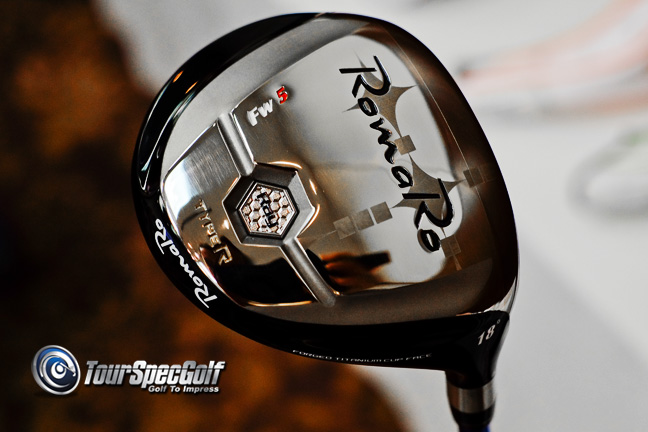 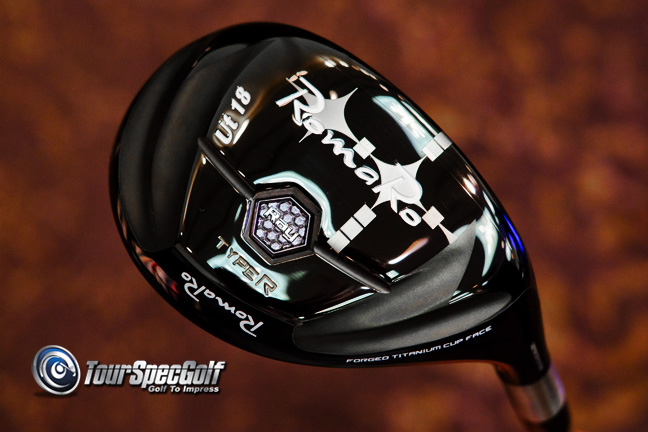 They of course applied the new TypeR design to the standard Ti Fairway woods as well as the new utility which are both now available in either black or satin now. I spoke to the chief of sales who told me the new TypeR is very easy to launch and the face is a lot hotter especially for more average players. As always with Romaro the finish of the heads is top notch and very attractive.

Last years Ray SX wedge was very very popular and the limited black versions sold out very quickly, they decided to tweak the SX with a more versatile S sole featuring toe and trailing edge relief as well as plenty of heel relief allowing for the wedge to open up nicely. The top blade features new CNC milling and the wedge is now available in black as standard. 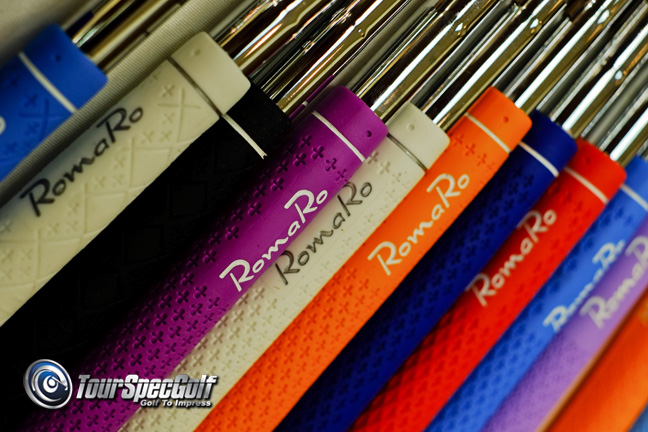 Romaro is always well known for colorful accessories like bags, head covers and grips and the Golf Fair showed of some of their new colors in what looks like Lime Green/Yellow, Fuschia Purple and Sky Blue bags. I don’t even know what these colors are officially called yet but they are definitely bright. Romaro mentioned that they actually have several scheduled club releases that we will see as 2013 progresses including new irons and new drivers which are currently in the final stages of design and development.  We are certainly looking forward to seeing them all and testing them all out! The new TypeR line will release in late March and we will be reviewing them here at TSG as always!

A Very Rare Interview with Masayuki Sasaya of Gold's Factory