Romaro was holding its annual invitation only event to launch its new 2014 lineup so I took some time to visit and check out the new models. 2013 had seen the launch of a new Type R lineup, focused on ease of use and distance performance to compliment what had mostly been an athlete/better golfer type lineup in the past. At this years event the trend continued with the Type R line but saw only a few releases geared towards the better golfer.  After snapping pics of all the new clubs and accessories I sat down with Ayumu Abe, Romaro’s main club designer to talk about the new 2014 line. 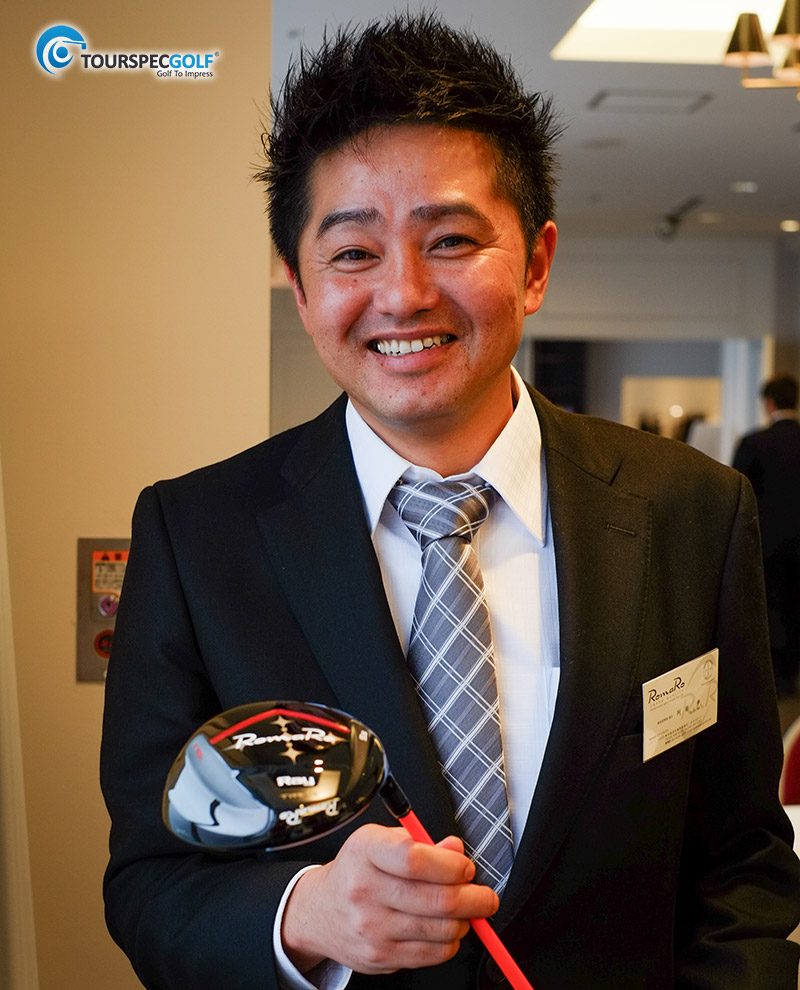 The long awaited Type R driver took center spotlight at their launch. Abe-san’s goal was to create a driver easier to use than any other driver Romaro had ever made. What Romaro had realized is that many average golfers ie the biggest market in Japan were passing over Romaro drivers due to the perception that they are difficult to hit and for better players. They designed the Type R to show average and recreational golfers that a Romaro driver could also be easy to launch and hit for max distance. 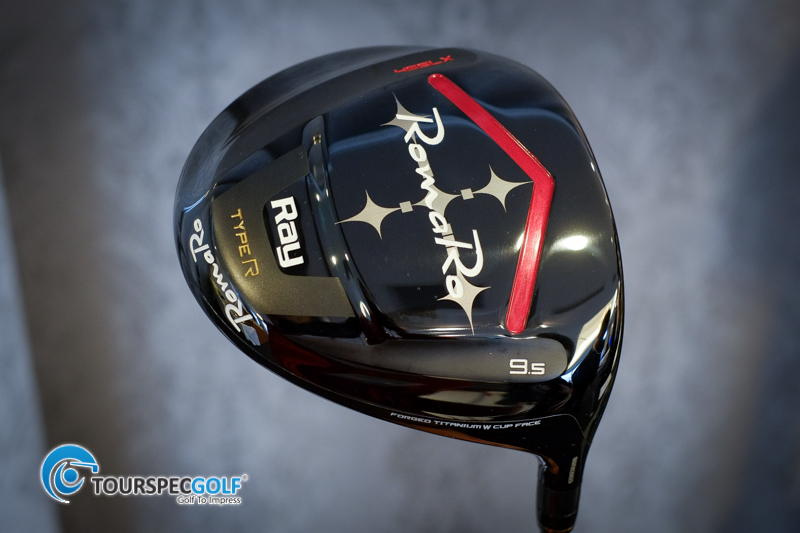 While aesthetically the Type R head is similar to all Romaro heads with it’s black IP finish, Romaroesque logos, the shape and internal design of the head has been radically changed with a focus allowing golfers to reach their max distance potential. Follow the read more to find out more! 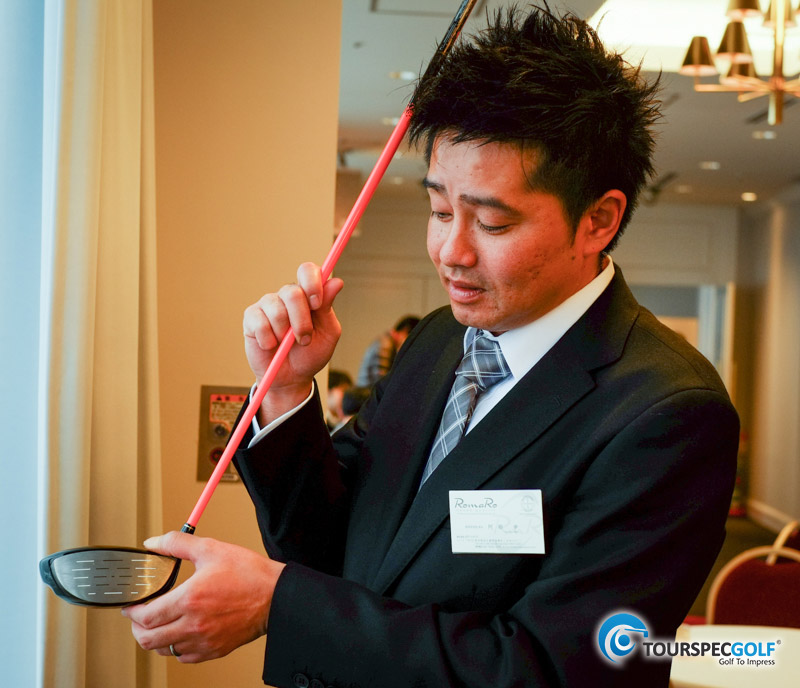 The first obvious change can be seen when looking at the face of the driver. It is CONSIDERABLY shallower than any Romaro driver of past. Shrinking the height of the face accomplishes a few things, it widens the sweet spot heel to toe thus decreasing lost distance on toe and heel strikes, areas where most average golfers miss. The longer and shallower face also allowed Romaro to use a newly designed Forged W Cup face. This variable thickness face allows for the Type R to have a thinner but stronger face creating more elasticity and higher ball speeds at impact. 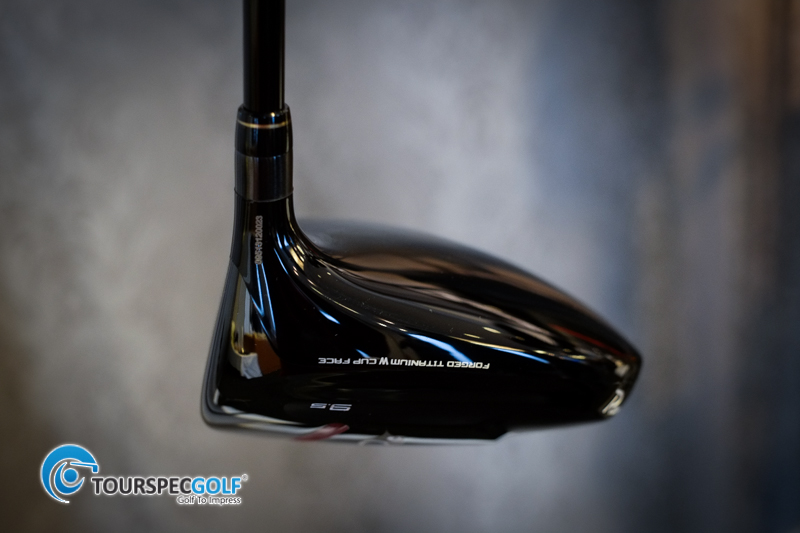 In Romaro’s testing with average golfers, the shallower face allowed them to more consistently strike the sweet spot more consistently and misses towards the heel or toe saw minimal distance and directional loss. The shallow face AND shallow head allow for the CG to line up more directly with the sweet spot ie it is pretty much right behind the sweet spot resulting in a launch with optimal spin creating maximum carry and run. We are looking forward to getting some demos for testing out in the next few weeks. 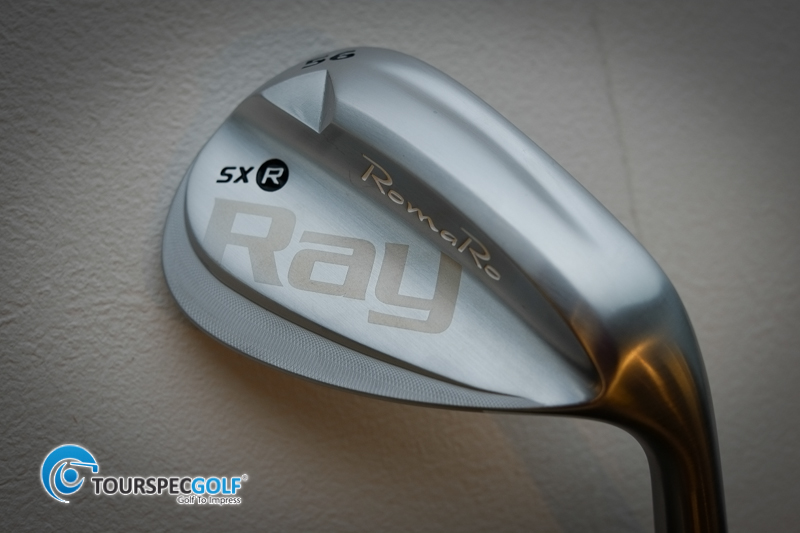 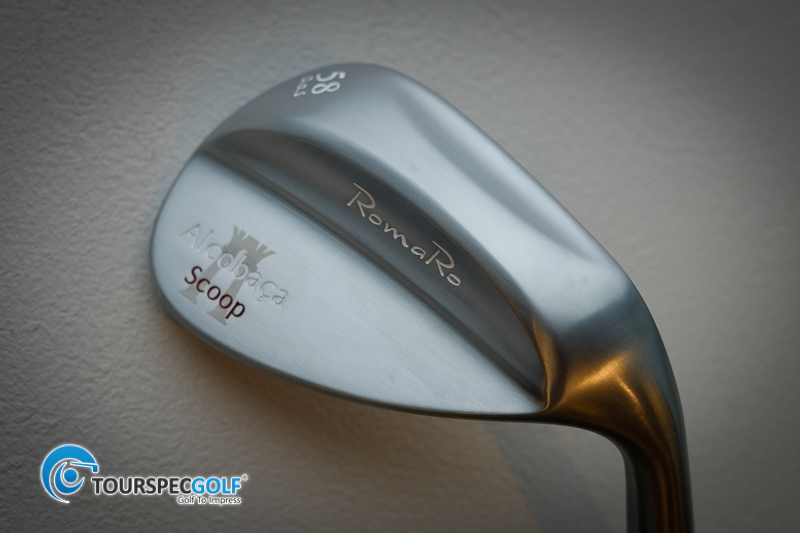 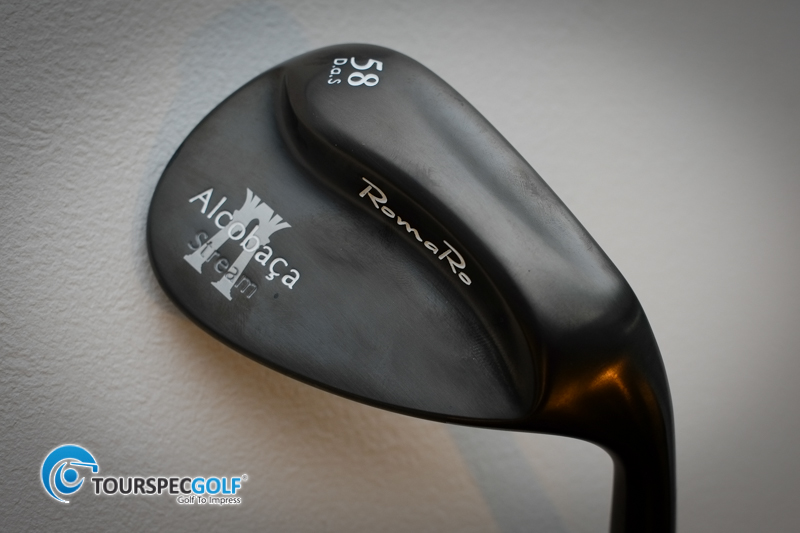 Romaro also introduced a new Type R version of the SX wedge, slightly wider sole, larger head for very easy use and forgiveness around the greens.  Two new Alcobaca wedges were also introduced, a Scoop model and a Stream model with different head shapes and grinds depending on the golfer’s playing style. 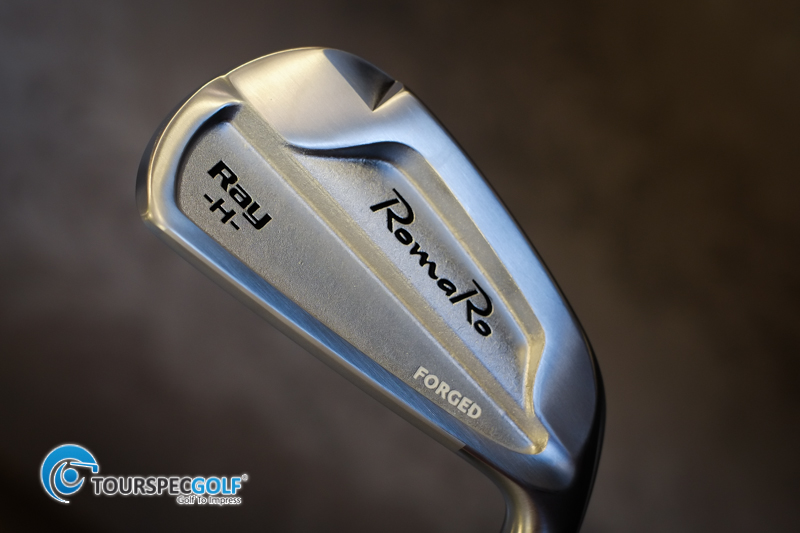 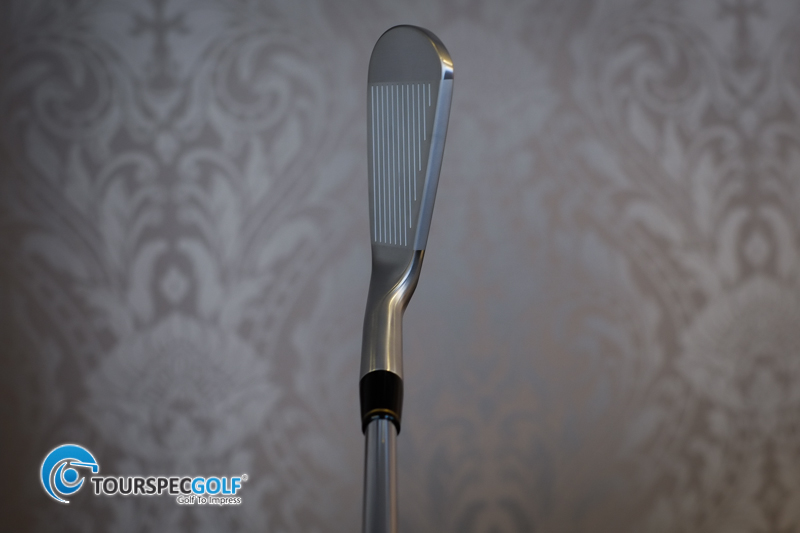 We had found out last year Romaro had discontinued the very nice Ray H irons so we were looking forward to the replacement for the Half Cavity. The new H is more of a cavity than the previous model but still sets up like a blade with a very thin topline and less offset. The perimeter weighting of the new H has been increased creating a bigger sweet spot to add some forgiveness over the previous model. 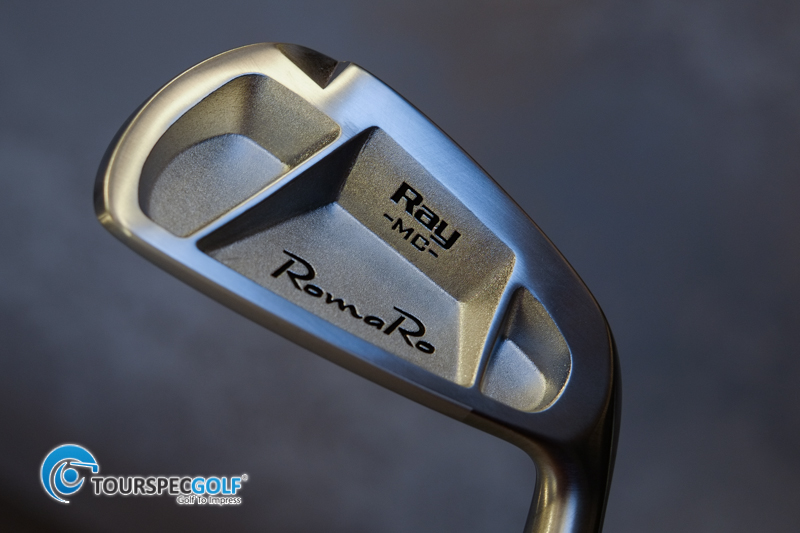 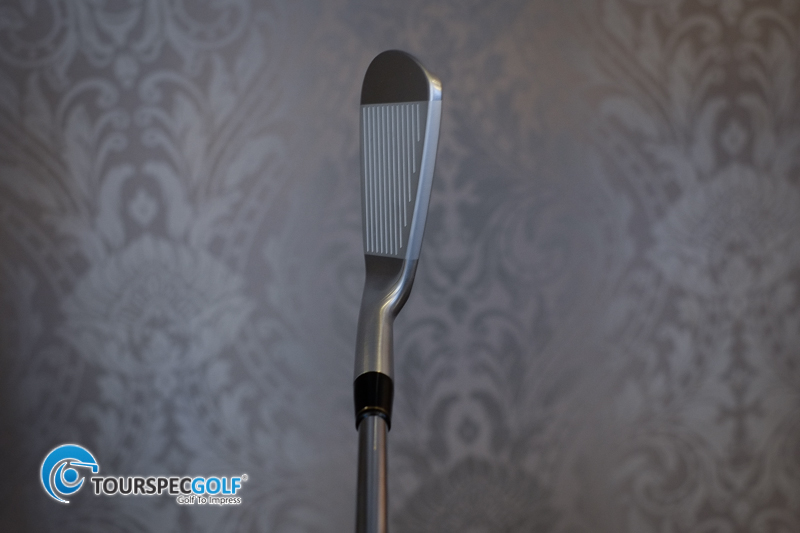 Romaro also introduced a new iron called the Ray MC which stands for Mid Cavity. It slots in between the Ray CX and V Type R irons as a forgiving cavity back for the mid capper who wants balance in a forged iron. The weight is lower in the head and the face area is braced with two fang like lines reminiscent of Yamaha’s V Forged from a few years back. Like the driver we are very much looking forward to hitting both new irons. 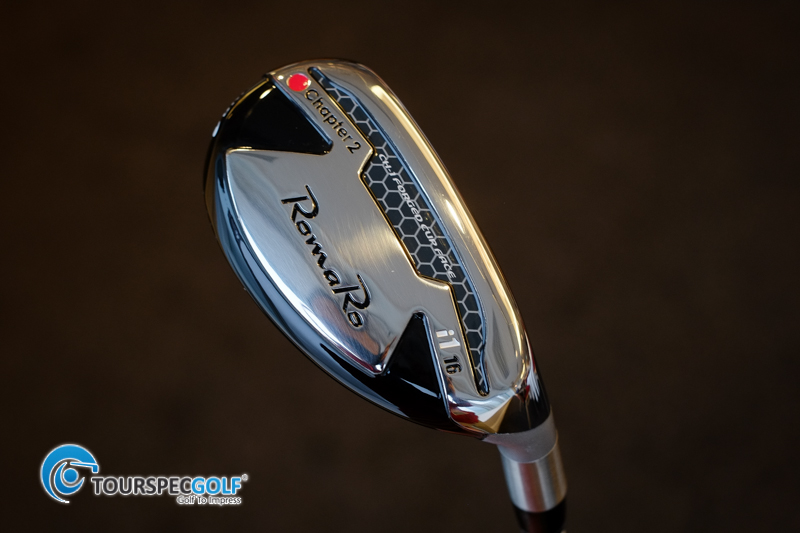 The very popular original i-brid or Iron Hybrid has been upgraded to what they call Chapter 2, featuring a forged cup face to improve feel. People love the i-brid as it is like an ultra forgiving driving iron all the way down to 16*. 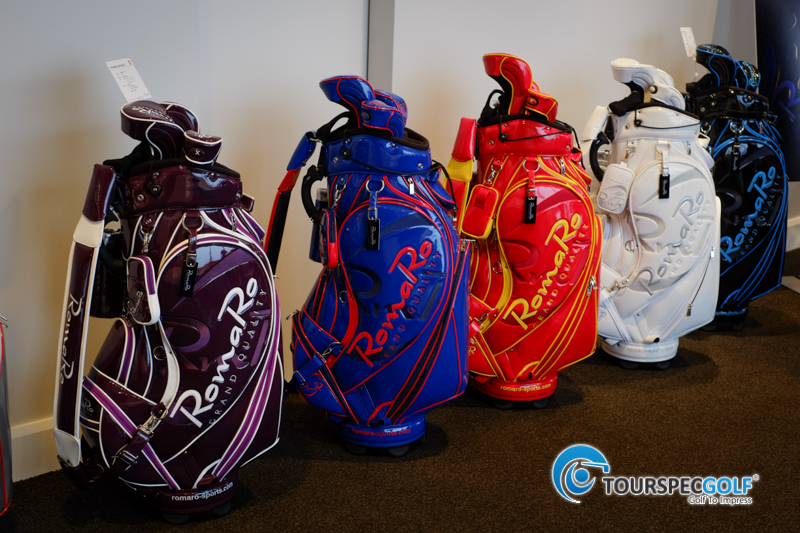 And what is Romaro without some colorful accessories. New bags! New Colors. Let’s all hope for a good year from Romaro in 2014! Stay tuned as we will provide more in depth reviews as each product officially becomes available!