One of the cool clubs that really caught our eye back at the Japan Golf Fair was the ONOFF Labospec wedge specially made for top Japanese pro Shingo Katayama.  Last week ONOFF sent me a sample for testing and I was able to spend some range time with it as well as a round out at Katsuura Country Club so here is a brief review. Katayama who played Ping Eye wedges early in his career requested a similar style wedge as homage to the Ping eye. Onoff created the new Limited Labospec wedge W358 and decided on ST22 steel as the material. ONOFF wanted a wedge with the durability of stainless steel but the soft feel of a forged club. ST22 is softer than typical cast stainless irons and wedges but it does not need to be forged. It can also be bent and adjusted like a forged club.  The W358 is a 59* wedge and named 358 due to featuring a 3.5mm height cavity and 8* of bounce. 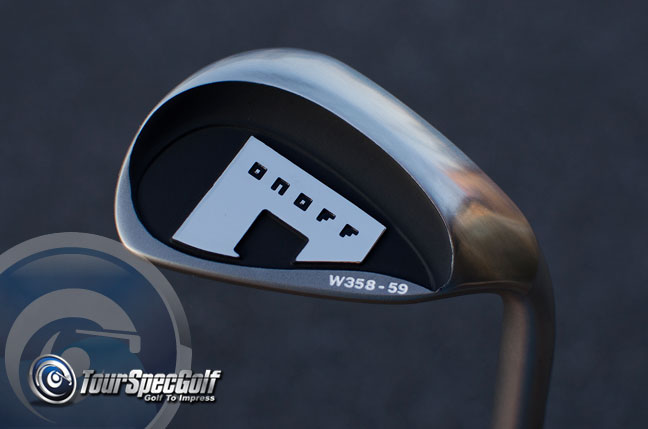 The 59* W358 in fact has 10* of bounce at its highest point but due to a multi grind sole, sits at address with 8* of bounce.  The two stand out characteristics of the W358 are the head’s unorthodox shape and its wider than normal sole. Katayama has always been a strong believer that one can never have enough forgiveness, as a pro or an average golfer. He was one of the first tour pros in Japan to play graphite shafts in his irons and while he has the choice of playing ONOFF’s athlete model Type S or Black driver, he always plays the Red driver or Type D.  The sole of the Labospec W358 while wide for easy bunker use and play on lusher fairways has a very versatile grind with multiple relief, allowing for the head to also excel in tighter lies and be opened up when necessary. 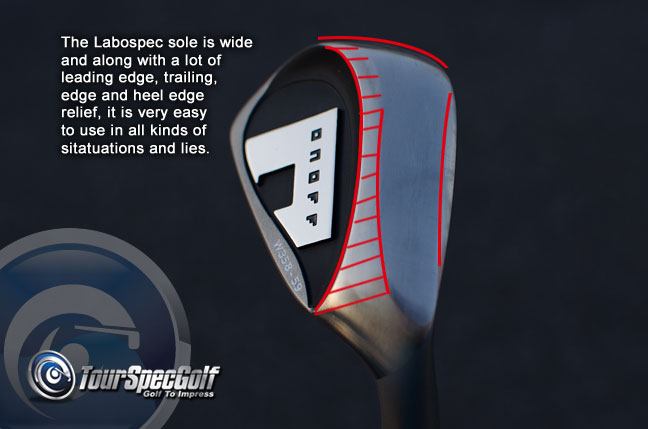 Its Ping Eye inspired shape may take getting used to for some but the design is rather effective. The very high toe creates a lot of real estate for the better player to work the ball thus creating more spin control. Yet again the rounded leading edge and offset create plenty of forgiveness and allow a player cleaner impact in various lies which result in more accurate shots and more spin. 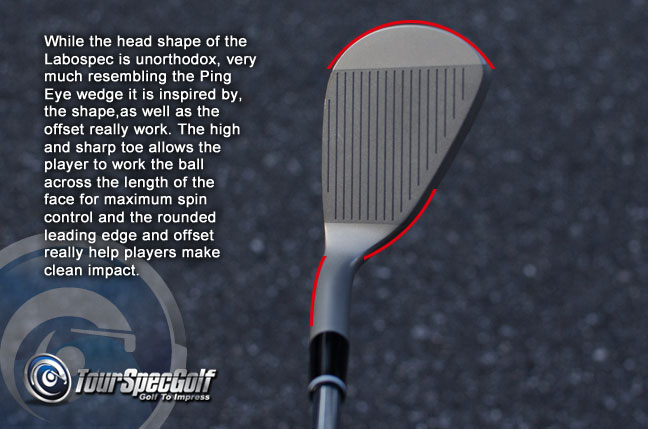 Speaking of spin, the wedge performs admirably. The USGA conforming grooves are made to the limit allowed and the sand blasted face is micro milled for lots of additional friction and bite. I really appreciated its versatile sole. I used the wedge in bunkers of couse but also on short chips, approaches 75y or so in and even for a lob shot. In all cases, and no matter how I addressed the ball, the wedge kept its face and score lines squarely aimed at the target.  The wider sole excelled in the sand and I was in and out of bunkers without any stress including one bunker that was as deep as I am tall. Just opened up the face, swung away and out it came. 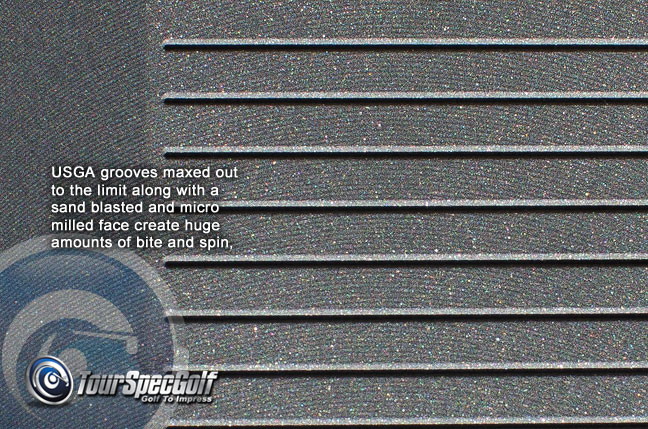 Feel wise, the wedge is softer than some cast models but not mushy soft. It provides soft (soft enough to feel the ball compress on full shots) but solid feedback and you know exactly where you are hitting it on the face, ie picking it low on the face to bring trajectory down or running it right up the face for more spin and stopping power.  I think its a good looking wedge, from the cavity side, its very slick, while at address it is shape may take getting used to but its gray matte finish is a plus. ONOFF is offering a very small amount of the Labospec Shingo Katayama W358 Wedges to the public and all custom built by their Labospec department for each customer who orders. It certainly is versatile enough and unique enough that I have ordered one for my bag. Get yours here while they last!