in Featured, Iron sets
537
VIEWS
Share on FacebookShare on TwitterShare via Whatsapp 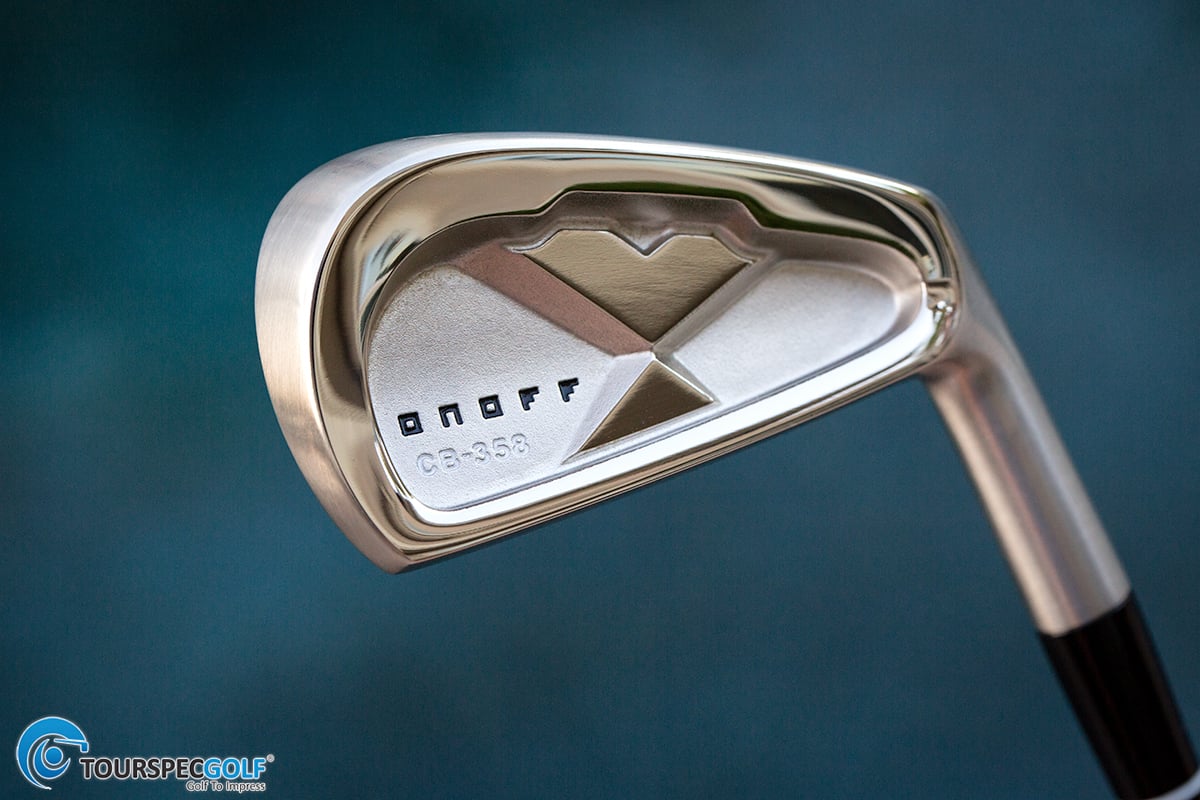 Every so often an iron is released that wows us, by far the most popular irons of early 2014 has been the CB358by OnOff’s Labo Spec department, Labo Spec is essentially the tour design service and with ONOFF’s #1 tour player being Shingo Katayama they have their hands full. 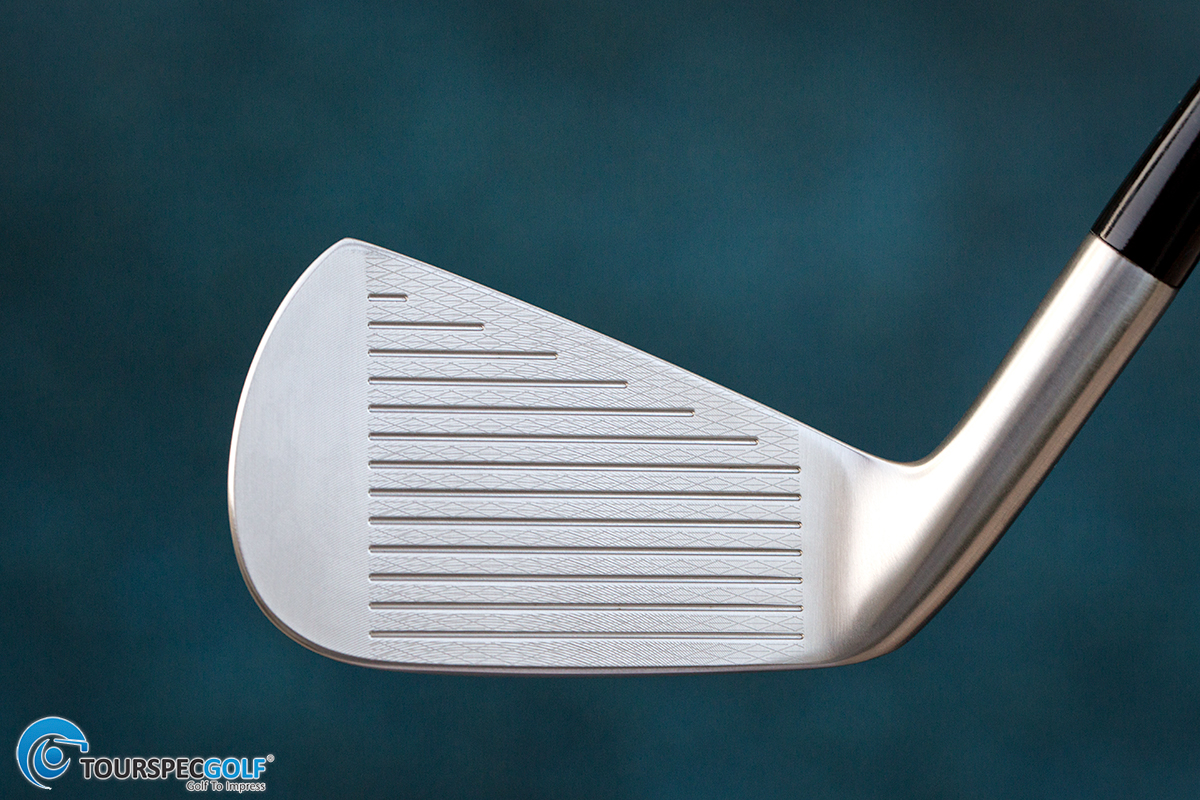 Shingo Katayama is a very unique player, he demands clubs specially made for him that fit his preference, many are already familiar with the 2013 OnOff forged model which was also a hit here, Shingo loved that iron but wanted something with less offset, sharper angles, and a smaller profile yet while keeping the great feel and extra forgiving performance. 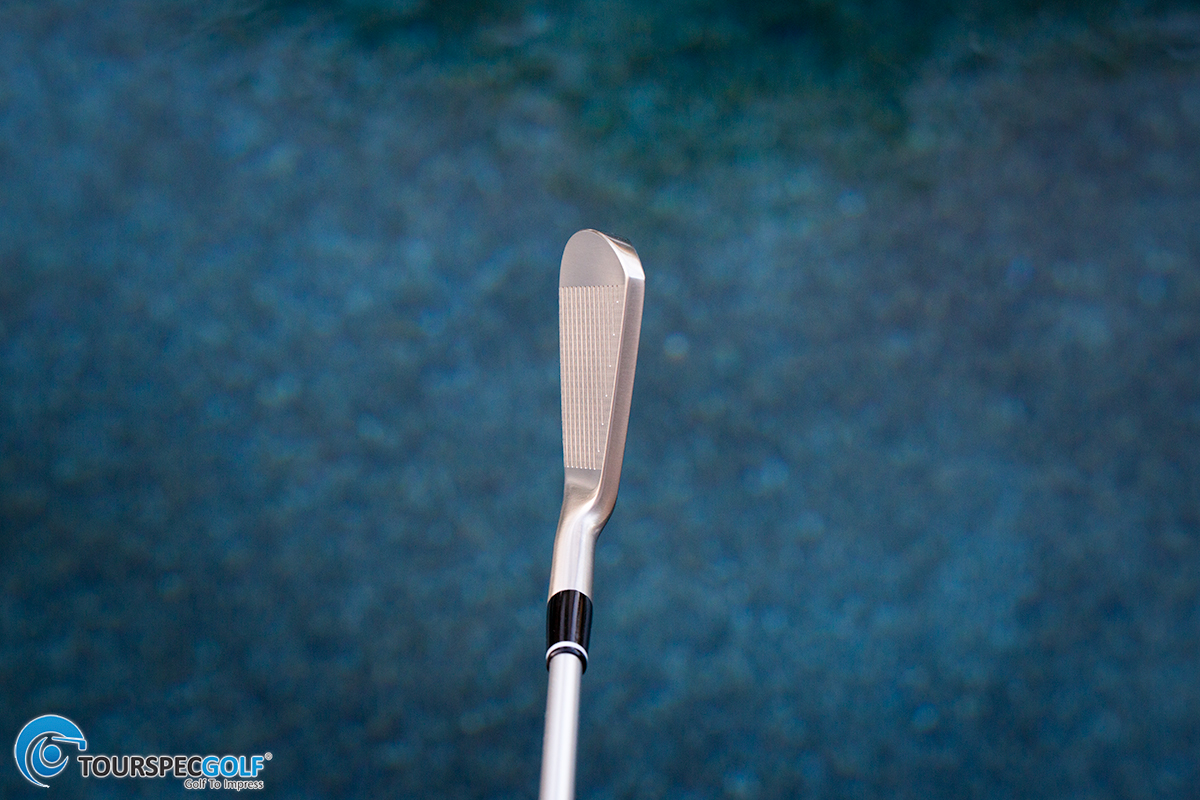 Check out these angles, at first sight you may be thinking that top line looks a little thick but it’s actually the same size as most players CB’s just minus the edge grinds that make the top line appear rounded, in the case of the CB358 it looks edgy and unique and we are thankful that ONOFF has decided to release these in limited numbers to the public this year. 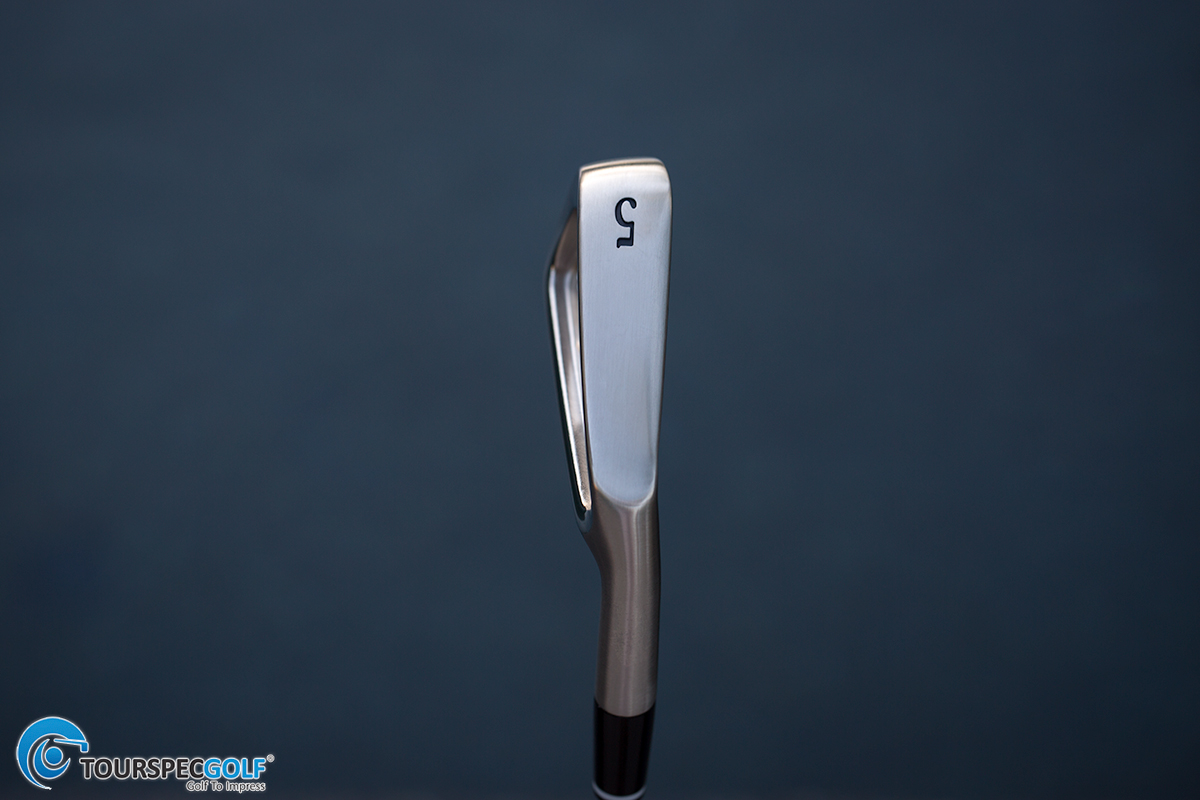 Another thing to notice is its very sharp toe, it’s almost pointy and the neck transition remains blocky to blend well into the squared off top line. It all makes sense it’s just different strokes for different folks. 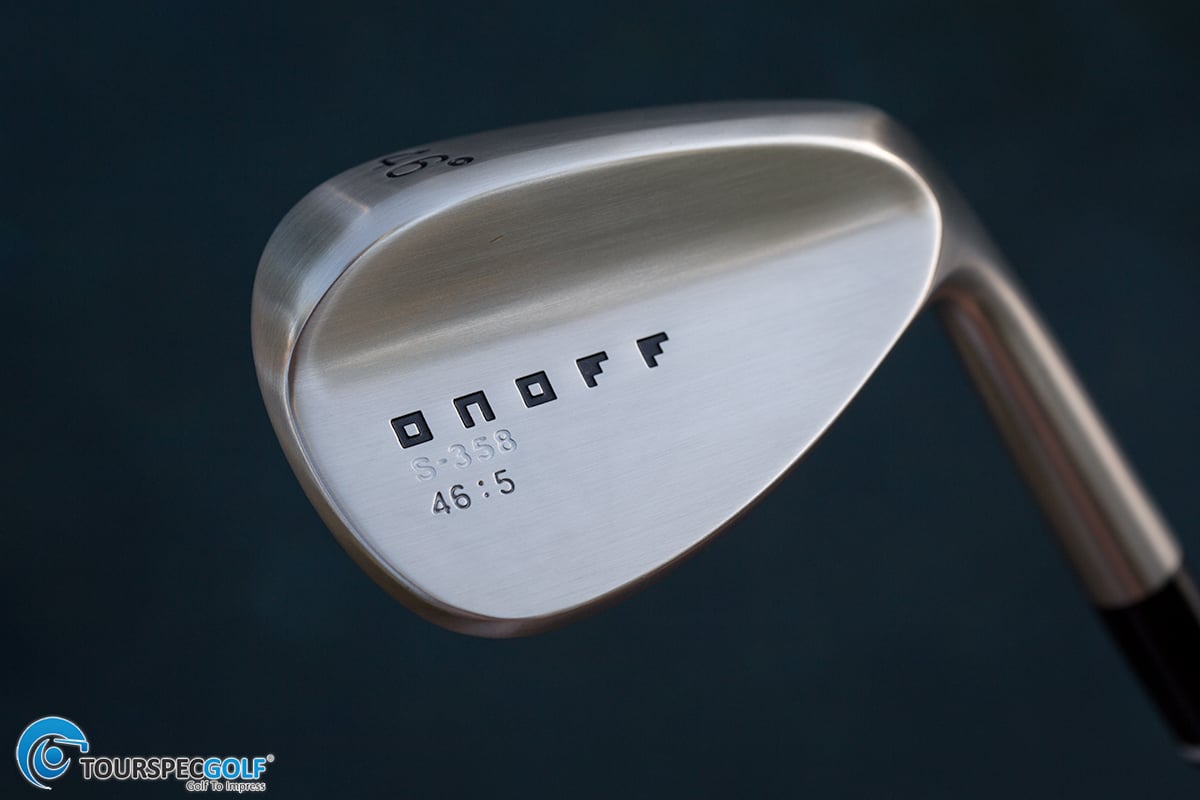 One of the interesting things about this set is its only available 5-PW, Shingo uses many woods, in the past has even used an 11 wood. He doesn’t hit the long irons like other pros do and he also prefers a pitching wedge that looks blade like over a matching CB358 cavity wedge and that’s why the CB358 comes with a traditional wedge over a matching cavity wedge and I would take it no other way. So how does she play, It’s similar to the 2013 version in feel, but a bit more pure/firm with much better feedback and distance wise its a little less as the lofts are not as strong as the previous model, but outside of that it maintains most of its forgiveness and it’s looks are an improvement over its larger predecessor, the below photo shows the micro mill marks, conforming grooves and the laser etching on the face all designed to produce spin through various conditions like extreme humidity or a wet club face. One of the biggest improvements in performance is its accuracy, It seems like some irons have it and those are often clubs geared toward pro’s such as this Labo Spec or the Yamaha Tour Model or TourStage Limiteds, what we notice in these types of irons is that they are not only more accurate, but produce more consistent trajectories and overall results. Above we have the top profile of the 8 iron, as you can see the entire set shares the same lack of offset and thick boxy top line, the short irons are precise instruments, very forgiving and the feel is remarkable. Below we have an image of the face profile of the 46* PW that comes with the set. Coming in at 46* this would play perfectly with a 52/58 combo, If your a 3 wedge setup player the50/56/60 would be the route but considering the gaps I think a 2 wedge system is good with this set. Finally we have what I consider to be one of the sexiest pitching wedges around while looking down at it. It inspires confidence and accuracy much more so than a larger more chunky CB matched wedge, To me this is one of the biggest draws to this set is the use of a standard PW that matches the set and while it still has that thicker sharper top line it has been curved a bit to transition into higher lofted wedges more seamlessly. 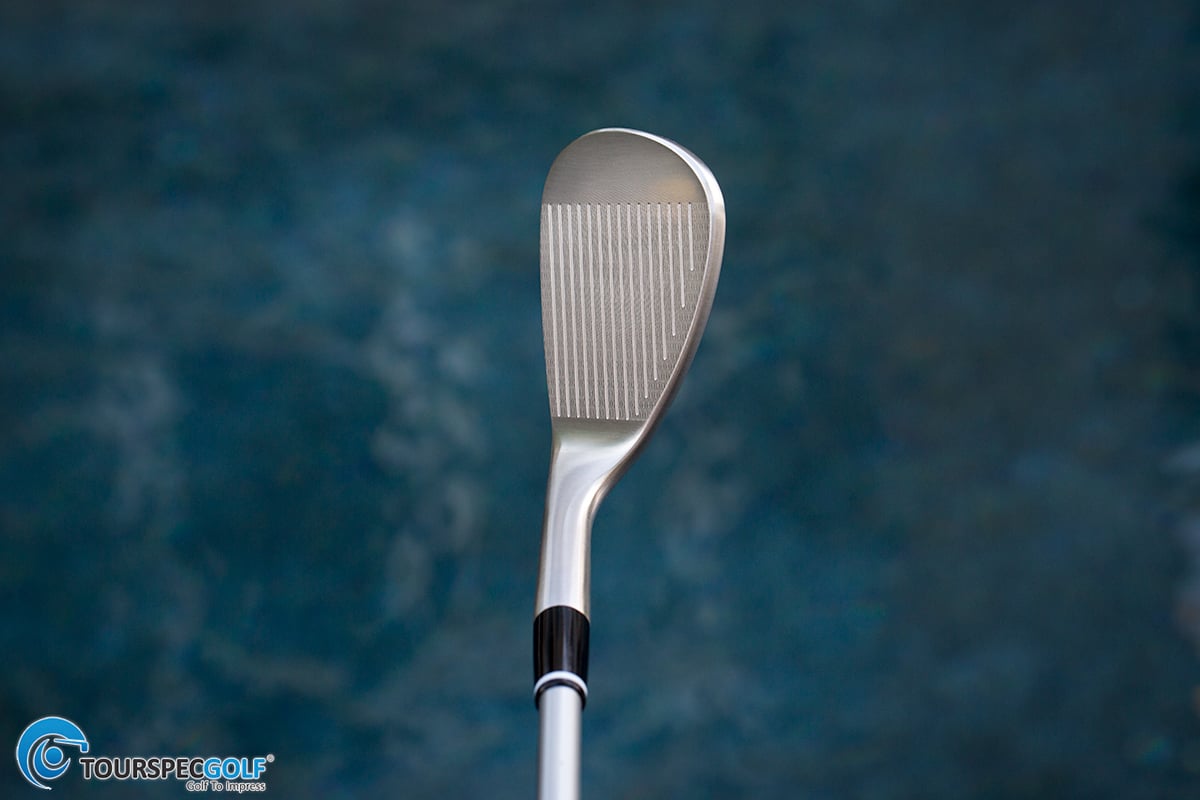 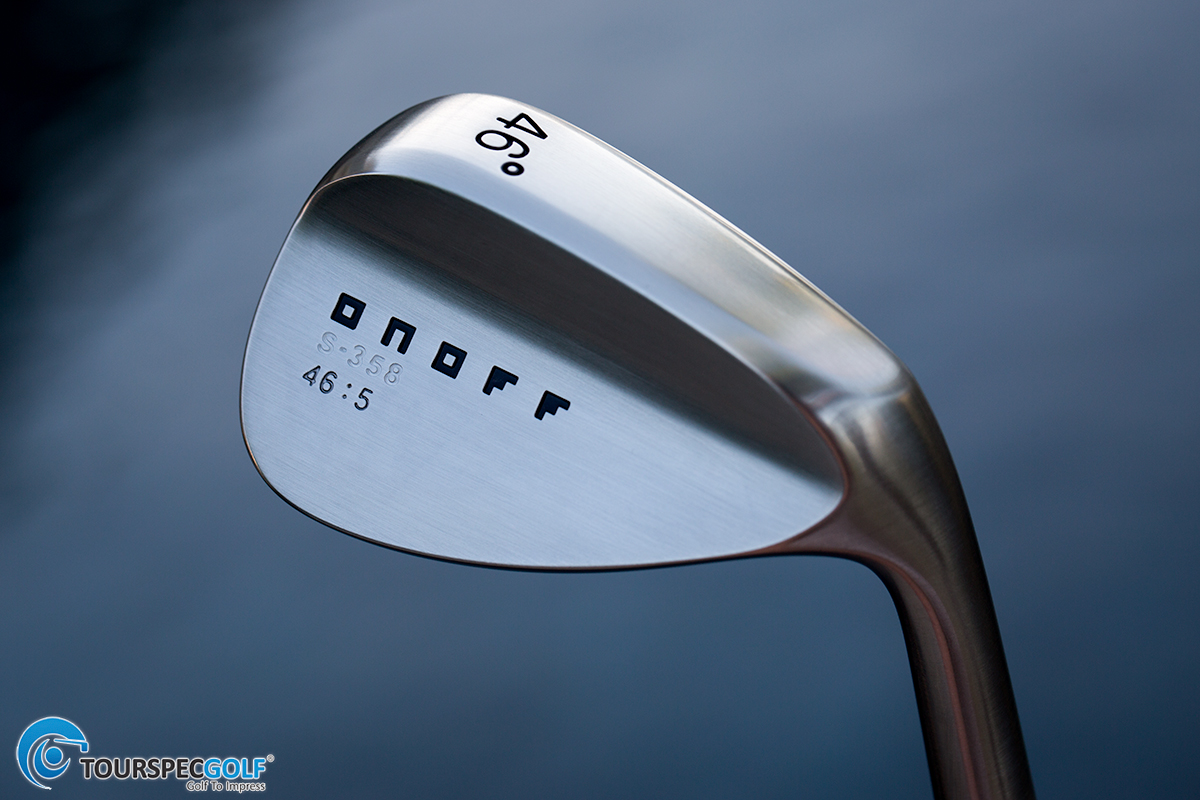 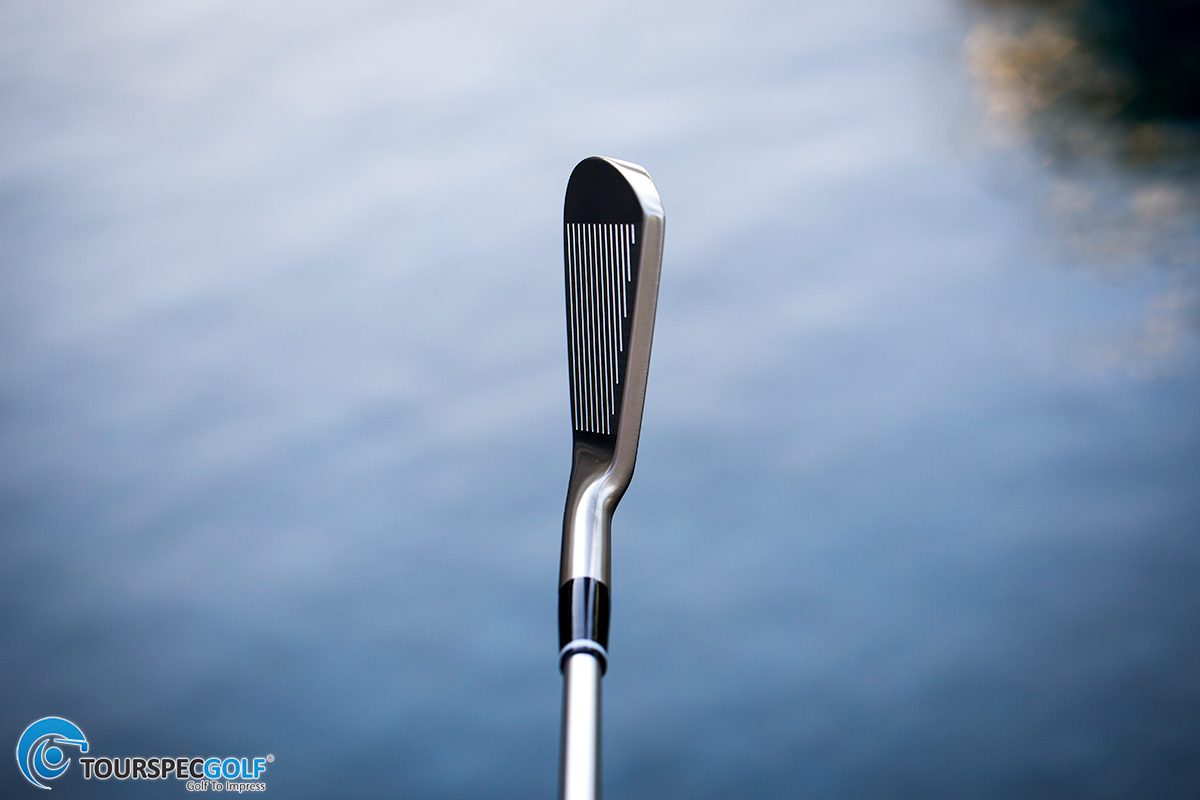 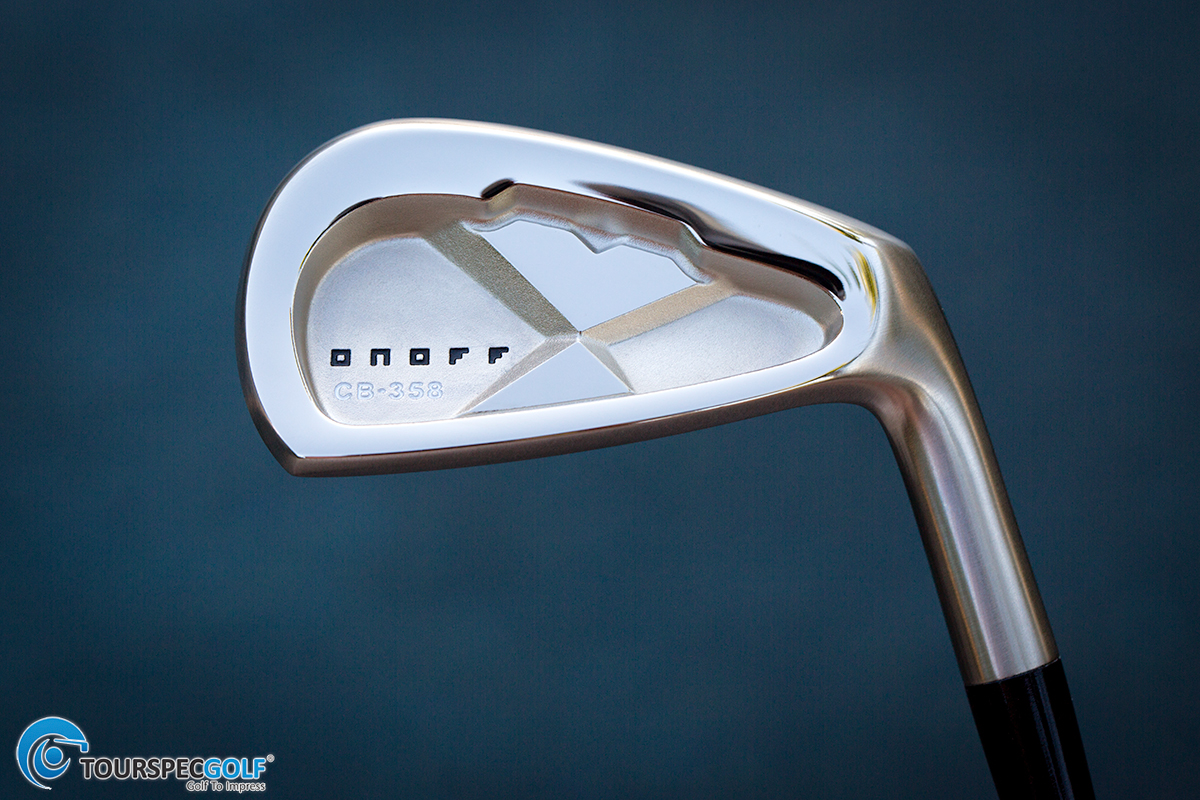