I was lucky enough to have Nike Japan send me a demo for their new Japan Only 2010 Machspeed Forged Iron. I’ll be honest that I have had a mixed opinion when it came to Nike designs in recent years and when I saw the Machspeed line back in October I felt the irons might be a bit too high tech for my liking but when I got the Machspeed Forged I changed my mind. 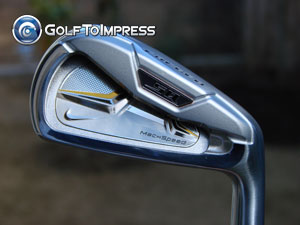 Another Japan Only Iron…

The new Machspeed Forged Iron was designed by Nike exclusively for the Japanese market. Nike wanted to create an iron based on the demands of the Japanese average golfer for an easy to used premium forged iron. The Machspeed features a soft S20C body with a laser welded Asroll SUP10 face. The face is 3 times stronger than soft forged steel so it can be made thinner for high rebound and great distance performance. Nike wanted to use precision laser welding to ensure minimal distance loss on mis hits creating maximum forgiveness. There is a rather large and deep pocket cavity

Sharp lines with a compact face… 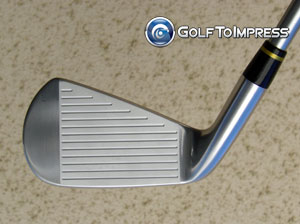 When I first saw the pictures I thought the iron would be on the larger side with a wide sole and thick topline. After getting the iron today, I’d have to say it actually has a rather compact face along the lines of the Callaway Legacy Forged and actually features strong and sharp lines with a boxier toe. The face of the iron looks very good. Head size wise I would say the top line and sole as well as amount of offset are typical average golfer mid sized cavity back.

With its large pocket cavity this is definitely designed to be a forgiving mid sized forged cavity back and is meant to go head to head with the likes of the Legacy Forged and the Burner Forged. This type of CB in Japan really appeals to a large audience. It is forgiving enough for the average mid capper who wants to play a forged iron but also can perform enough to meet the demands of a better golfer looking for some forgiveness. The cavity design allows for the CG to be placed low in the head to create high launch and soft landing. 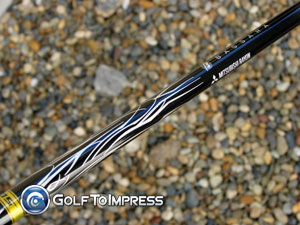 The new Machspeed Forged is available with two standard shaft options from Nike Japan, the NS Pro 950GH HT steel shaft or the SQ610i graphite shaft, a  Mitsubishi Rayon Bassara shaft made especially for Nike. The demo in my possession has the Nike SQ610i graphite and it complements the forged head well. More and more average golfer forged CB’s in Japan are available with standard graphite these days and I think its a good move. Graphite is smooth and more forgiving than steel and suits the majority of the average golfers out there who are not power swingers or hard hitters. The graphite shaft is rather stable but feels better than steel on mis hits and provides more distance with its lighter weight and more obvious kick. The higher torque (than steel) help the club face square at impact. 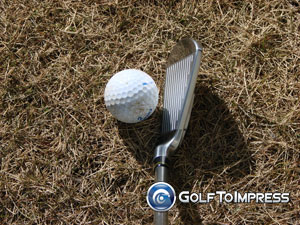 I have to admit I kind of like the way this iron looks and feels. It has a slightly thicker sole and top line (but by no means large as you can see in the pictures) which provides confidence at address but the face is still on the more compact side which still requires the player to concentrate on making good pure contact. This kind of design is great for the improving average golfer as it provides enough challenge and forgiveness to really improve ones game. The average width sole provides forgiveness and versatility in most lies with a nice blunt leading edge.

Feel is very good, the forged body and SUP10 face provide very soft feel even on mis hits thanks to the pocket cacity. There is a subtle click which is less evident on pured shots but the sound is very acceptable. As advertised trajectory is high with lots of carry and comes down soft. Unfortunately I only have a 5 iron demo though I would have loved to test some short irons to see how they stick on the green.

I hit the Machspeed Forged side by side with other irons I have on hand (including ONOFF Red, XXIO 2010 Iron, AF-502, AF-302, Burner TP, TR500 Forged) and they were at least as forgiving as more average golfer non forged models like the ONOFF and XXIO. The click of the face at impact was probably closer to that of the Burner TP and feel was similar to the AF-502. This iron has a bit of everything as Nike designed it to be. It has been a while since Nike has had a mainstream average golfer iron that can go head to head with the other big brands. 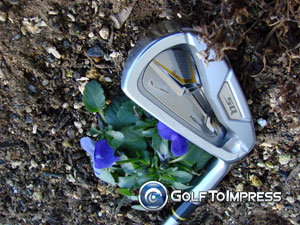 Now I know everyone will ask, where is this forged and made? Nike is not shy when it comes to where their clubs are made as there is a sticker right on the shaft saying where each part of the club was made. As many know, Nike used to be a very big Endo client and did many of its forgings as well as their SQ drivers at Endo. They have since moved most of their production to China to save costs however with the Machspeed Forged being a Japan only product my guess is that it is forged by Endo at their Thailand plant (the sticker says head made in Thailand). Endo is one of the few forging houses capable of producing high tech mutli piece multi material irons especially with the precision laser welding.  The Bassara shaft is made in China which probably tells me that this is not the same as their standard Bassara iron shaft that is made in Japan but most likely a tuned down version material wise. The entire club is assembled in Thailand (which makes me think Endo even more as Endo is doing a lot of assembly in Thailand to save costs).

The bottom line is that this is a very good effort by Nike to provide an automatic easy to use forged cavity back for the average golfer. It has good looks, good feel and nice distance performance and forgiveness.  There are many loyal Nike users in Japan and this may be one of their best offerings yet. Look for the pre order in our pro shop this week.

Here are the pictures I took!