The Japanese OEM’s have been very conservative when it comes to club adjustability when compared to the many U.S companies that jumped in face first into the frenzy. Now it’s Srixon’s turn with their “Quick Tune System” which is just your basic wrench that allows you to swap out weights to adjust the clubs balance and bias. The Z-TX 460 has two adjustable weights while Z-TX Tour has only one. 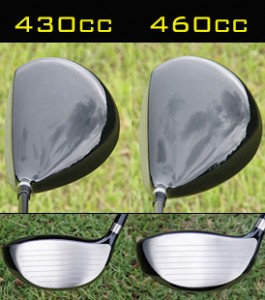 The 430cc Z-TX Tour and 460 cc standard version. They both feature the same advancements except in a different shape, face profile, and specifications. The Srixon Z-TX tour is designed for the fast and powerful swinger with it’s deep face and pear head shape. The 460 for those who are looking for more toe and heel forgiveness and have average to moderately fast swing speeds.

Both the 430 & 460 are made using a cast 8AL-2V Titanium in the body and Super TIX 41Af Forged Titanium in the face. The club head and shaft are manufactured in Japan. The face is brushed satin silver while the sole is mirror and bead blasted. The driver comes shafted with a wrench and weight replacements of 3g and 11g. 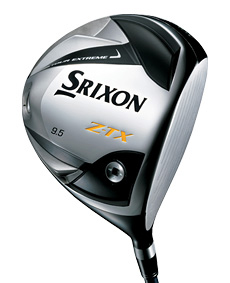 Dunlop own’s SRI sports and SRI ownes Srixon, XXIO, Cleveland, and Miyazaki shafts among a few other smaller brands. It’s only natural that they would attach and market their new clubs with the Miyazaki Kusala shaft and it’s dual power charger technology.