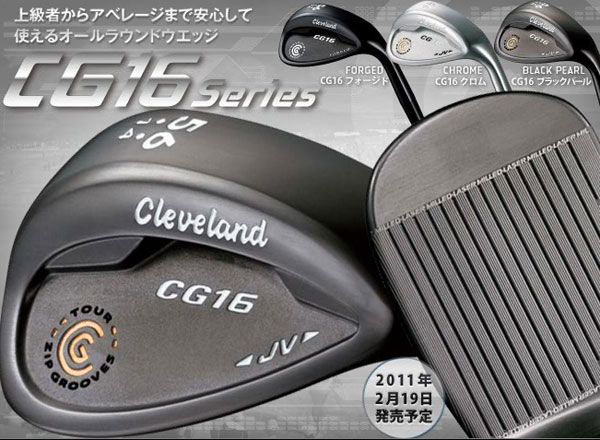 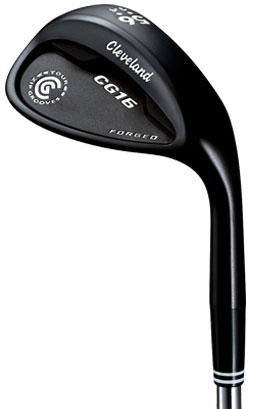 Tourspecgolfer posted about the new CG-F2 Forged wedge a few days ago. This will be a big year for Cleveland Golf as they will also be officially releasing their next generation CG-16 wedges in Japan in February. Now that Srixon contributes to some of Cleveland’s design and manufacturing we will again see a Japan only Forged model of the CG-16 as well as JV Japan Version models.

The CG-16 of course features Cleveland’s Tour Zip Grooves and laser milling.  Compared to the previous generation CG-15, the CG-16 sports a wider sole and a touch more offset. The sweet spot is expanded due to the cavity style  head with toe and heel weighting increasing the clubs MOI and forgivness. The CG-16 aims to be an automatic wedge providing ease of use and soft feel and spin.

The CG-16 Forged will be available in 50 52 56 58 60 with the 56 and 58 offered in low or standard bounce options. The CG-16 will also be joined by CG-16 Chrome and Pearl Black cast models. Its interesting to note that Cleveland’s cast wedges which are available in both Japan and the US are made in China while all Cleveland’s forged models released in Japan are forged in Japan.

TSG looks forward to testing out the new Cleveland Forged wedges at the Japan Golf Fair in February. Look for the pre order in the pro shop soon!