The entire TSG team arrived bright and early at the 2013 Japan Golf Fair at Tokyo Big Sight ready for a day of meetings and checking out the latest gear. To our surprise, unlike previous years, there was quite the lineup just to get into the show before the 10am gates opened. Perhaps the economy in Japan is finally turning around or this years golf show was to be unlike any other. All we knew is we had a busy day ahead and our predictions came true as for the first time ever we spent more time developing relationships than taking pictures… so yes admittedly we are a bit behind in our coverage. Today I will highlight just a few brands to start off our continued coverage over the next week(s). 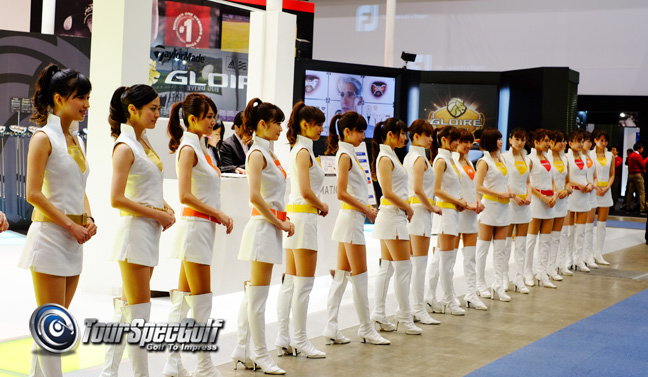 As we headed into the East Halls where the show is held every year, we quickly weaved our way towards the back where Taylormade and many of the bigger brands typically have their booths. This was the plan to beat the crowds. Taylormade’s setup was twice as big in previous years and they had Adidas golf on one side and shared their space with Adams Golf. Tourspecgolfer actually ran into Tom Watson on the elevator who is here for promotions of the new Adams lineup and part of the morning events at the TM booth. Taylormade went all out as they do every year and had an army of R1 girls ready to promote the new R1 driver. While we know the R1 as well as new Rocketballz Stage2 clubs are coming out worldwide, we were excited to see the new Daddy Long Legs Spider Putter. 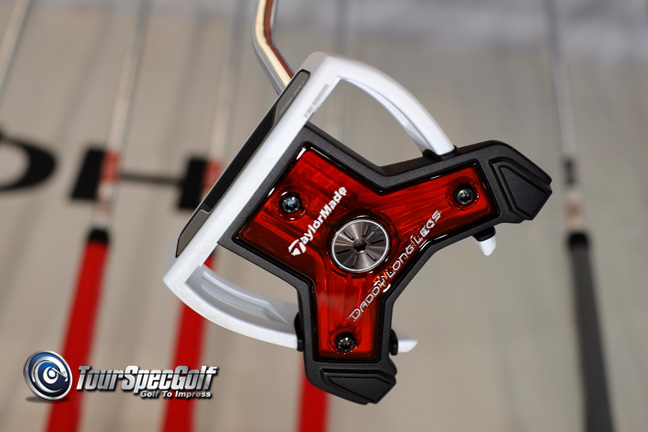 The new DLL, which TM calls it for short is a high MOI putter in the spider line made for big forgiveness and improved putting. The DLL features a heavy 400g head matched with either a 34″ or 36.5″ length. It comes with an extra long 15″ long 129g grip which is used as a counter balance. Built in tungsten weights as well as an adjustable weight help bring the heads MOI to over 8500. The face balanced DLL and semi long length can be used as a belly putter for many. 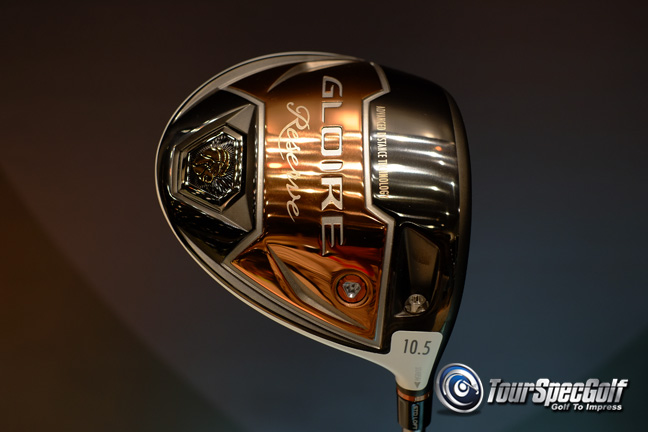 The TM booth was separated into 3 areas, one for the R1, another for Rocketballz and a third for TM’s premium Japan line the Gloire which features forged irons and drivers as well as the new carbon faced Gloire Reserve driver. 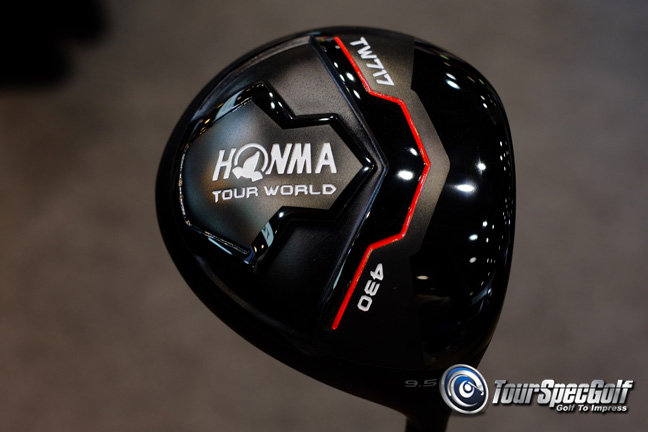 As always Honma had a very nice booth but not quite as big as previous years. It was clear however that Honma has made a shift and change in focus as the new Tour World 717 models took front and center while the Beres Revolution line was moved to the “back all”. Three new TW717 drivers the 460, 455 and all black 430, looked very good. 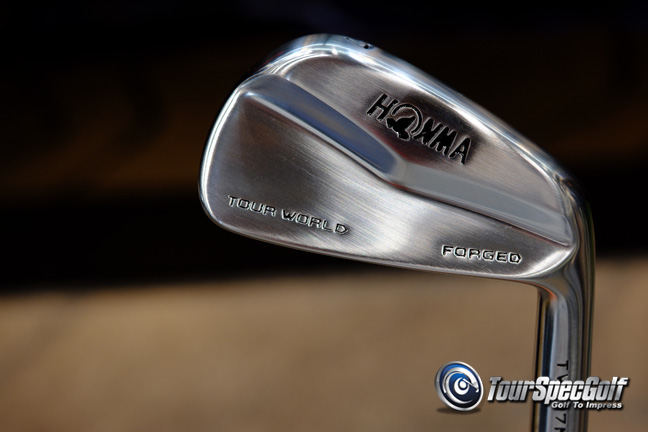 The TW717 blade will be very popular. It is quite compact and has very little if any offset at all. The TW717 blade was the first muscle back we saw today but it definitely was not the last. Those who are always asking for blades will be pretty happy with the releases as this years show. 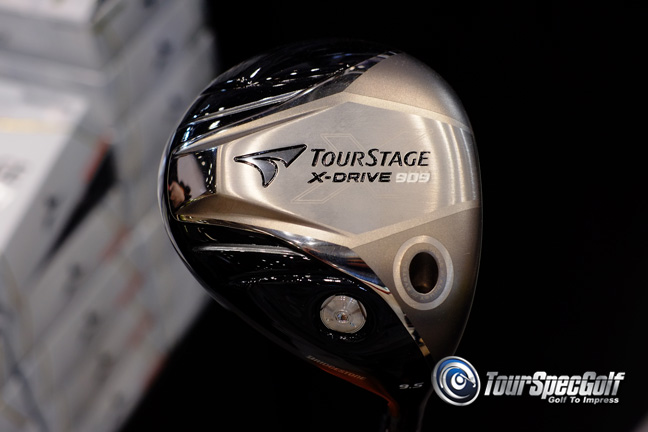 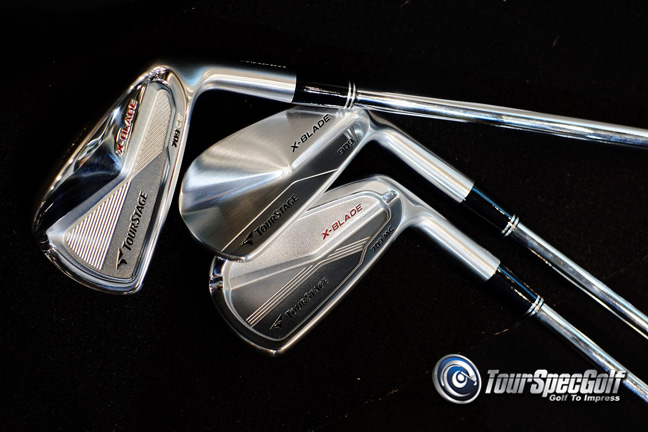 Three new forged irons will appeal to a wide variety of better players. The new limited edition X-Blade 909 muscle back is compact, sharp and has a very straight neck. A new X-Blade 709 MC or muscle cavity are aimed at the better player to pro wanting a small cavity that sets up like a blade.  The third model is the X-Blade 709 CB which us the cavity back. All three models have very little to only small offset and all of them look fantastic. 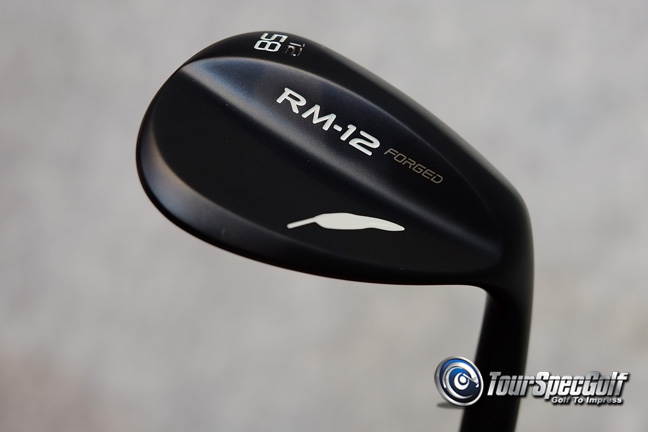 Fourteen Golf showed off their all new RM-12 forged wedge and its a looker. The reverse taper blade is more evident than ever. They rearranged the stamping and it looks very clean with the Fourteen leaf. They had both black and satin there but I really really like the black pictured above. 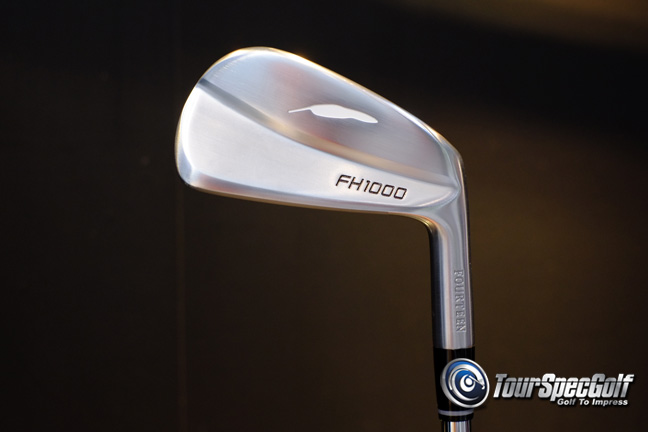 And guess what? Yes another muscle back! The new FH1000 looks awesome. Very clean and it features that same reverse taper as the wedge. We’ll be posting up address photos of all the irons at the show and it seems like a lot of JDM brands have figured out that better player models are preferred to have less offset! 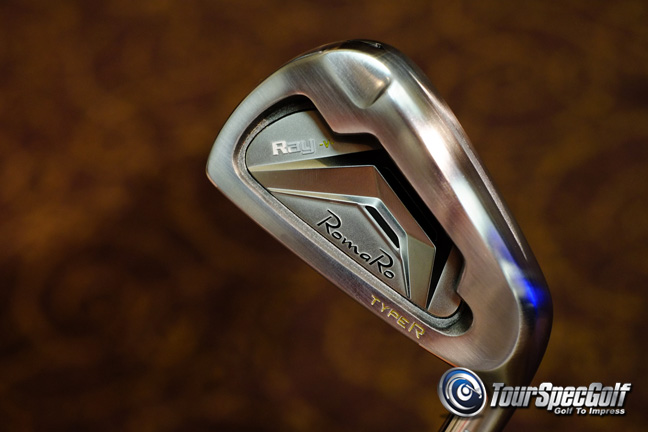 We also got the chance between meetings to visit Romaro and see their new Type R lineup. The Type R line features some of the most popular Ray models tweaked to appeal more to those players looking for max performance clubs. Lower CG, thinner club faces and modified shapes all to create easier launch and more overal distance. 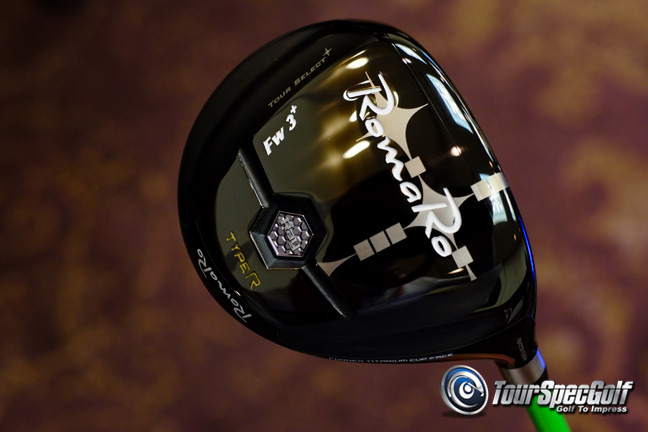 The Type R is available in the forged V iron as you see above (the shape is in fact different) and new Type R fairway woods and utilities all featuring forged titanium cup faces with thinner walls for increased ball speeds and distance. There was also a new SX wedge with newly offered I.S grind and lots of cool and colorful accessories (bags which you can see up in the top slide). 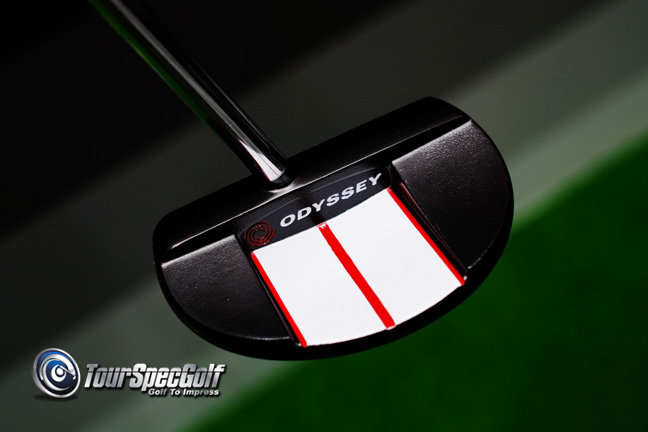 The Callaway Japan booth featured the new Odyssey White Rize iX Japan only model putters a well as the iX Prototype Milled Forged models we have seen before. The iX as we all know features the Japan prototype tour insert which is more firm as requested by Japanese pros wanting more feedback at impact. 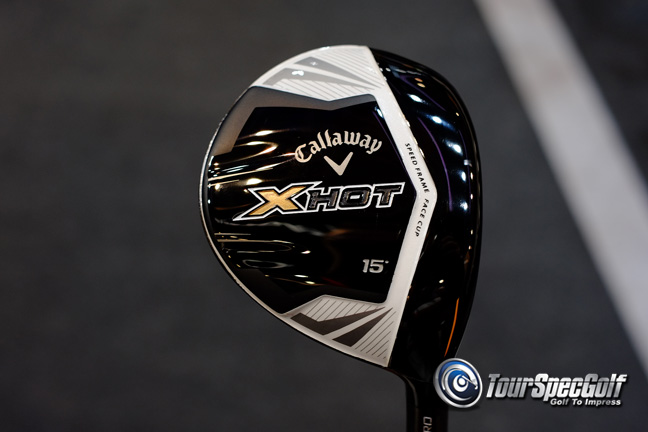 Callaway Japan also focused on promoting their new X Hot line of clubs including the forged cup face fairway woods which they call the 300 yard spoon for Ryo Ishikawa… we all would love to have a 300 yard spoon! 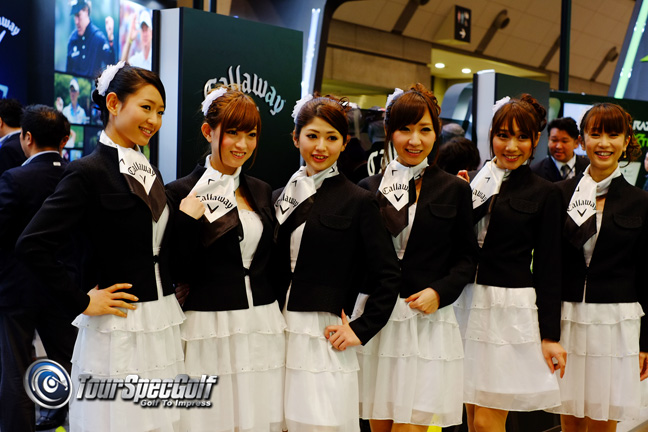 We were finishing up at Callaway just as the first day was about to come to an end and everyone was leaving the show.  With a day jam packed with meetings as we find new and cool things for TSG, we actually ran out of time for photos. The Callaway girls posed for a final shot and I snapped the shutter on my trusty Fujifilm X-Pro1 and called it a day. Tourspecgolfer as well as Tatsuro also worked through out the day on videos of products and of hitting in the test bays at the show so stay tuned for videos over the next few weeks. Tomorrow will be some serious photo taking catch up. Its about time to hit the sack here even though its only 10pm in Japan. Stay tuned for more coverage tomorrow!