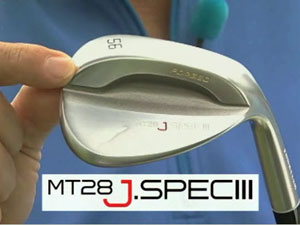 Fourteen’s MT-28 J.Spec line of wedges is year in year out one of the best selling average golfer models. The new 2010 J.Spec III Forged has just been released and top tester Taichiro Kanatani over at GDO has a new video checking out the key points and performance of the new wedge. He also has the help of an amateur golfer who has a 12 handicap and plays about 50 rounds a year averaging scores of 80-85.

The key changes for the J.Spec III are of course conforming 2010 grooves as well as a new back face and the use of a new reverse taper design. 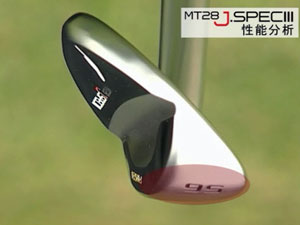 Kanatani pro dubs the J.Spec III Forged as a fully automatic wedge. He notes that the wider sole and design of the head provide a lot of forgiveness. Just point and shoot.  He stresses many times to the amateur, “don’t think about it just swing and let the wedge perform itself”. The J.Spec III is still able to create very good spin as seen in the video for the amateur golfer even with new grooves. A lot of the spin is thanks to the reverse taper design and back face “cavity” which brings weight higher up in the head creating a controlled lower trajectory heavy spin ball.  The soft forging also contributes to the spin as a soft forged wedge creates more friction on impact which results in more back spin.

The J.Spec III has some offset which helps the average golfer square the face. The leading edge is rounder and the sole larger and curved which make the wedge super versatile in any lie and very easy to use in bunkers. Check out the new 2010 Fourteen MT-28 J.Spec III forged wedge in the pro shop and watch Kanatani Pro’s video from GDO below!  Windows Media player or plugin required.

Simply click on the image below to watch the video! (this will open a pop up window with the video) 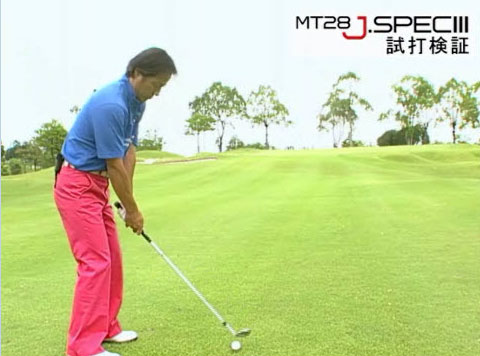 Repeat after me… I am addicted to golf clubs

Repeat after me... I am addicted to golf clubs