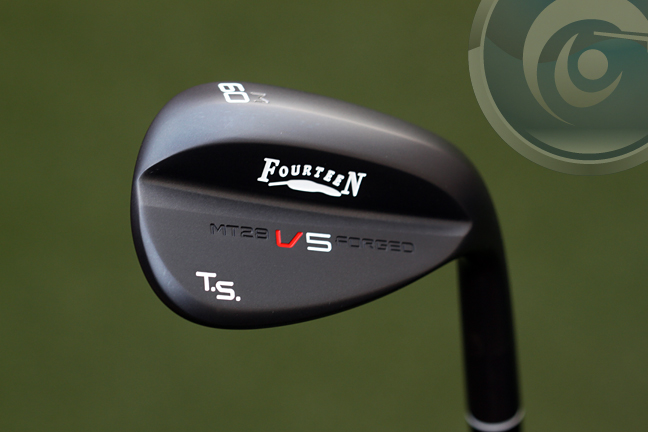 The all new Fourteen MT28 V5 Forged T.S Wedge is scheduled to come out April 1st.  It’s a limited edition wedge that usually sell’s out over the course of a couple of weeks.  This year Fourteen is doing things a little differently.  The V5 T.S wedge will only be coming out in the U.S and in limited quantities.  This will probably make is ultra desirable to the Japanese golf fanatic. 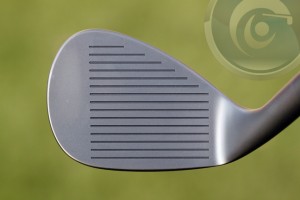 It features that reverse taper design to raise the CG for a more stable shot.  The 58* and 60 degree wedges are available in two distinct sole grinds, H-Grind and M-Grind.  The H-Grind has been engineered for variety and control its entire sole portion is flat with a slight heel and toe relief to enable better shot management.  For a low bounce just open the club face and for a high bounce close it up.  The M-Grind is professionally inspired and features and features a slight ridge on the bottom center of the sole.  When you open the club face it utilizes the back portion of the sole while closing it uses the front.  This is basically in hand adjustability or manipulation, The M will allow you to be more creative in shot selection along with being able to optimize bounce at will. 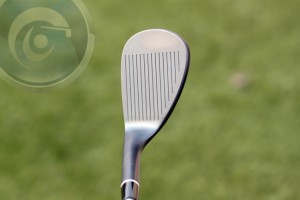 The club head is visually appealing and the leading edge has a nice rounded curve to it.  It’s profile from above is what I would consider semi compact, not as small as the TourStage X-Wedge but not mid sized either.  Fourteen has been famous for years due to a process they use called Mirror Face Milling.  For those who haven’t heard of it its a milling process that goes over the face many more times than most wedges at a much slower pace.  This means production takes much longer when compared to say a Vokey or other wedges on the market.  It actually mills the grooves to become sharper which creates more spin and is supposedly critical to it’s performance and one of the reasons Tour Players in the U.S and Japan use it without being paid to.

It’s dark non plated black finish reduces glare and unlike previous models of the T.S (TOUR SPEC) wedge the V5 T.S is available single club vs 3 wedge sets and in a whole slew of loft options all the way from 48 and for the first time ever a 62* loft! Below we have a video I’ll shoot straight with ya and say right off the bat that a couple of things are inaccurate about our comments.  First the 60M we were hitting is in fact a D6, yet Tatsuro desired it to be D6 and I assumed it was D2 because past models were that light.

Leave a Reply to Your Name Cancel reply