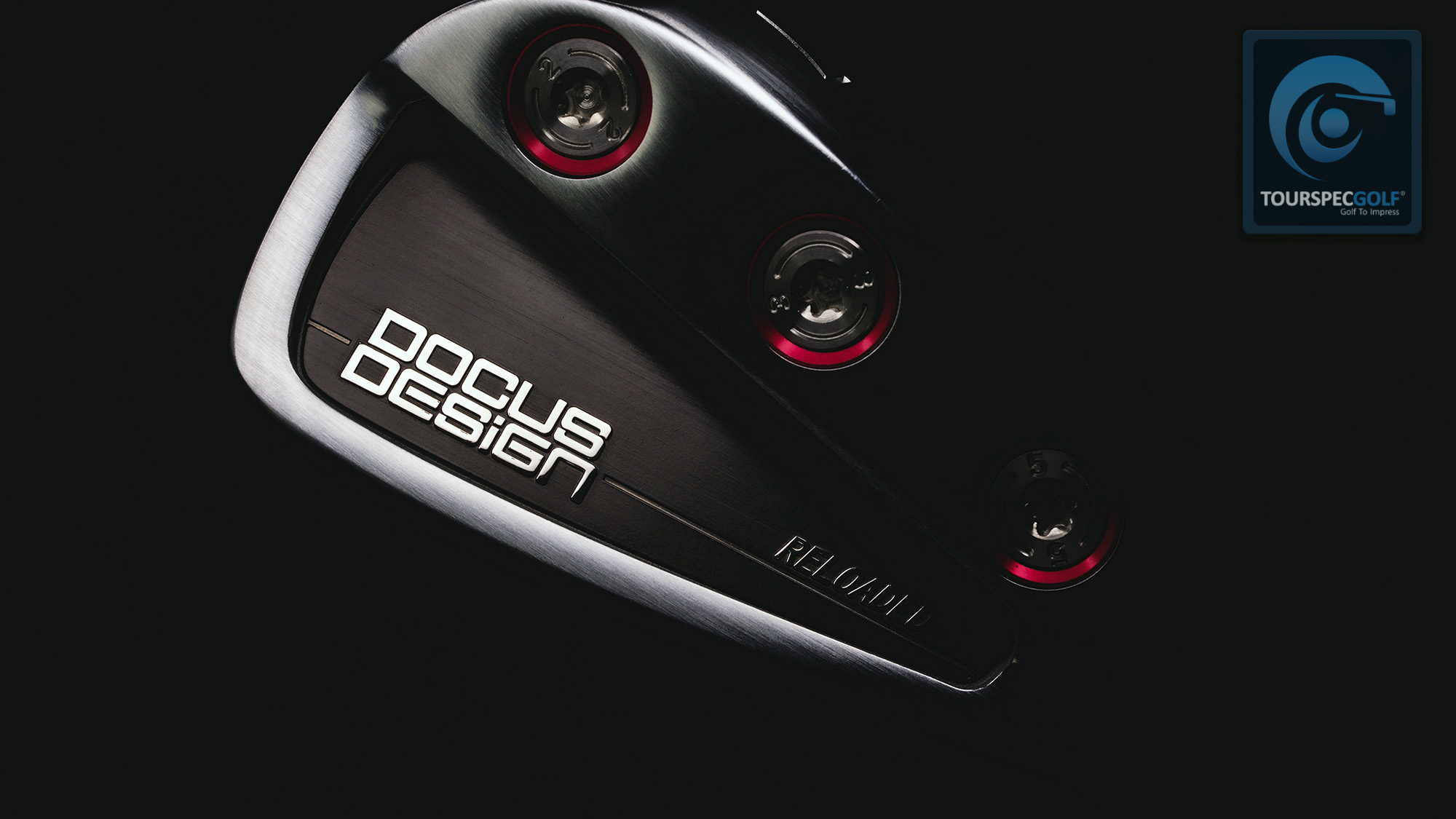 The Docus Reloaded Iron features a “Trilogy Weight System” which  makes it easier to adjust and optimize  the swing weight as you prefer simply by changing the weight screws on back face.   You can also offset heavier weights on the toe side or heel side to alter the CG location to better match your swing for the purpose of creating a draw or fade bias in the head. 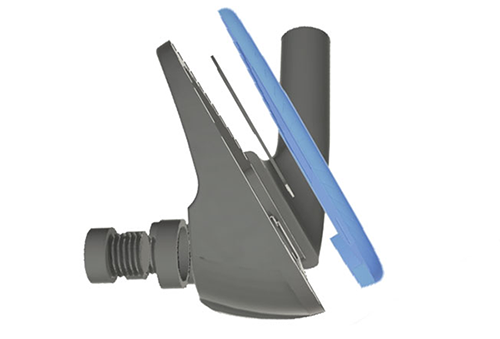 Docus Reloaded Iron also features the “Tetra Grind sole.”   By grinding off the four corners from the sole on the leading edge and trailing edge, it provides a drastically improved turf interaction both from the fairway and from the rough. 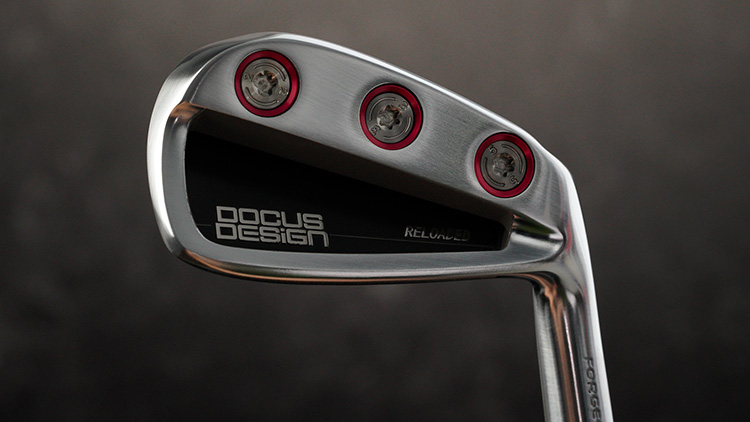 As you can see from these pics,  the sole is wide but not overly and the top view is almost player’s iron-like.  It is rather sharp looking at address with only a small offset and a relatively thin topline which is very pleasing to the eye. 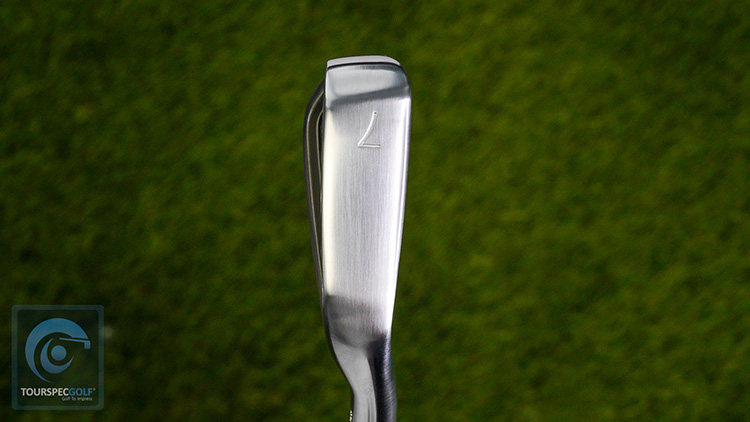 Overall, the DOCUS Reloaded irons make for a very attractive package with good balance of playability, forgiveness, and adjustability.   These would be perfect for aspiring players who eventually want to move to one piece forged player’s cavity back irons but still need the added forgiveness as they work on their skills. 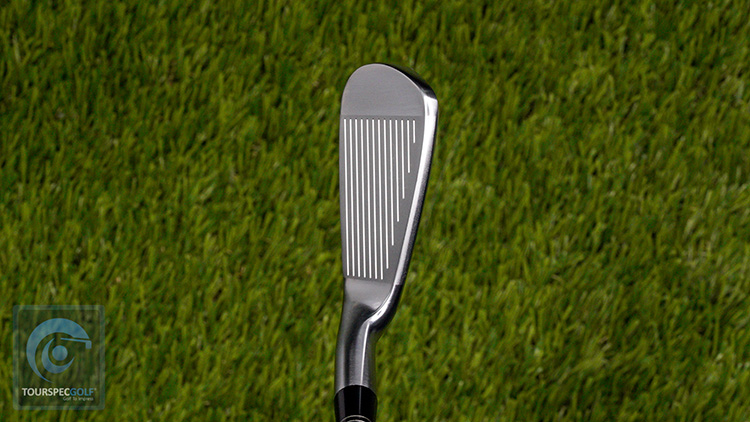