So I’ve actually had a new Dance with Dragon 60* forged wedge here for the last couple of months. The new DWD wedge is made by one of Japan’s true grinding masters, Masahiro Tomaru of Grind Studio. When I first received the wedge for testing I noticed that the 60* had a very high 10* bounce. I thought it would be interesting to try this “lob” wedge out as a sand wedge.

Just to give some background on Tomaru-san, he was an aspiring pro golfer and from 18 years of age to 22 he worked hard at trying to pass the pro test (as Q-school is called in Japan) to become a professional golfer on tour.  Tomaru-san came to the realization that making the tour was to high a mountain to climb so he instead joined Dunlop (Sri Sports as we know it today) in the golf sales department hoping to expand his golf background. As Sri grew, Tomaru-san wanted to move into golf club design, where his real passion lay however, Dunlop had no vacancies there so he left at age 25 and went to Fourteen Golf.  At Fourteen, Tomaru-san spent 11 years fine tuning his skills as a club designer and craftsman. He was responsible for most of Fourteen’s irons designs as well as credit as the creator of the MT-28 wedge. In case you didn’t notice, MT = Masahiro Tomaru. 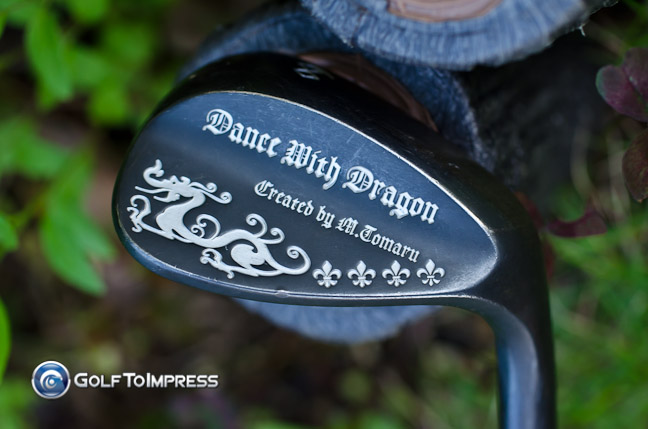 Tomaru-san decided to leave Fourteen to start his own company called Grind Studio. At first he also lent a hand at designing wedges for other top Japanese brands including the still sought after Royal Collection DB Forged wedge (Double Bounce). This wedge has a cult following for its tour like grind and shape and was made in very few numbers, each hand ground by Tomaru-san and stamped with a small “T” on the toe face. Tomaru-san went on to focus on his Grind Studio brand and as a one man brand personally hand made every GS wedge and iron to spec. GS has a huge cult following in Japan as well as heavy top amateur usage as well as some pros on the Japan tour. Because of this, Tomaru-san spends more than 60% of the year grinding for pros and top amateurs only, so getting his services for a custom wedge is quite rare. Dance with Dragoj however wanted one of the best so they had Tomaru-san create and grind their newest wedge. 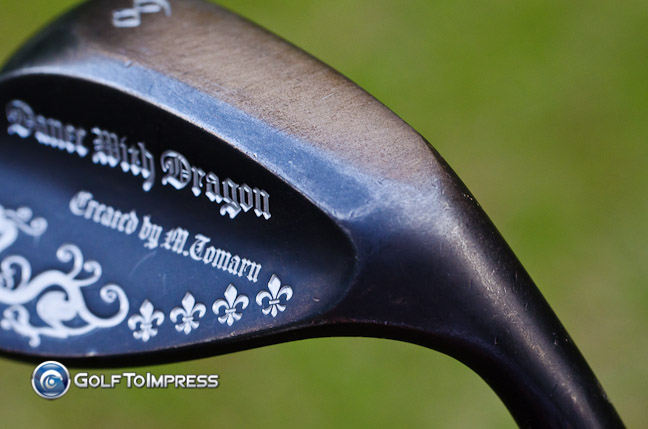 There are two finishes available, a satin and raw black, as well as 4 lofts. Lofts are marked on the sole and by a “fleur de lis” mark to indicate loft (the 60* above has 4 x fleur de lis). I received the raw black model and as you can see the finish will wear especially since I used the 60 in the sand. You can see the black finish rub off and the wedge does require minor maintenance like keeping moisture off and being wiped dry after shots. The wedge itself has a wonderful shape to it and Tomaru-san always does a great job on the grind and the neck and top line. It sets up wonderfully at address and opens up easily thanks to a lot of heel and trailing edge relief.

The top line is rather sharp and straight and the higher toe allows for more control and workability. The sole itself has a blunt and slightly rounded leading edge. The trailing edge allows for very clean exit from any turf and as you can see from the image below there is quite a bit of heel relief. With an open face, this wedge still points easily at the target. 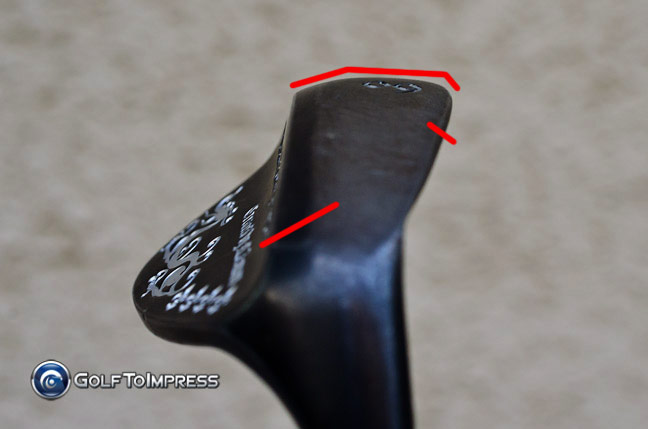 Depending on who you are and how you look at it, a 60* wedge can be a very versatile club. There are players who rely on it as a complimentary club, for the occasional flop shot or as they are usually called lob shot, and then there are those who rely on it for everything including bunker play. Looking at the DWD 60*, its certainly a good looking club that sets up well. The back face may be busy for some especially on the 60 which has those 4 x fleur de lis marks that indicate the 60*.  I think they could have dropped these for a cleaner design especially since the loft is already marked on the sole. Feel wise the wedge is crisp and you can feel the ball compress on the face and spin off.  It is not mushy soft but soft enough and spin is on par with most conforming groove wedges. For bounce, many may think 10* is a bit high for chip shots and short approaches from the fairway but it really depends on the players type of swing and the course this wedge is used on. Most 60* wedges seem to have bounces that range between 4 and 8* to suit a variety of players. 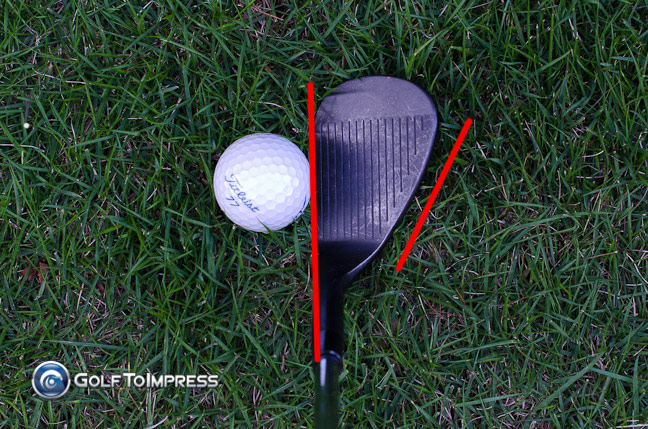 Typically a 60* wedge used as a sand wedge might be considered for more advanced players however in the past few weeks I’ve learned to use the 60* out of the bunkers and it works. 10* of bounce is adequate for the soft sand conditions and still works on the lush fairways here in Japan.  Higher bounce can actually be more forgiving for average golfers especially ones who have a tendency to dig.  There are after all many 52* and even 50* Japanese model approach wedges that also have 10* of bounce.  For tight lies and hardpan it will be harder to keep the leading edge down to the ground due to the bounce so sweeping type players and more advance players may find the bounce too high especially if they play on those kind of courses with compacted soil.

Overall I’ve been happy with the wedge and it has been very versatile for me.  From 50-60 yards and in its pretty much the 60* unless I need to pitch and run.  I’m satisfied with the looks, feel and spin. The finish or lack thereof since it is raw does wear and some may not like the weathered look but I like it as it looks well “used”.  Others can simply opt for the satin version.  Of course you can also go for the more traditional type of sand wedge lofts as a 56/10 and 58/10 are also available.  Everyone is different and there are so many possibilities when it comes to wedges and the setup each individual carries. The 60* worked for me even as a sand wedge but how about you?