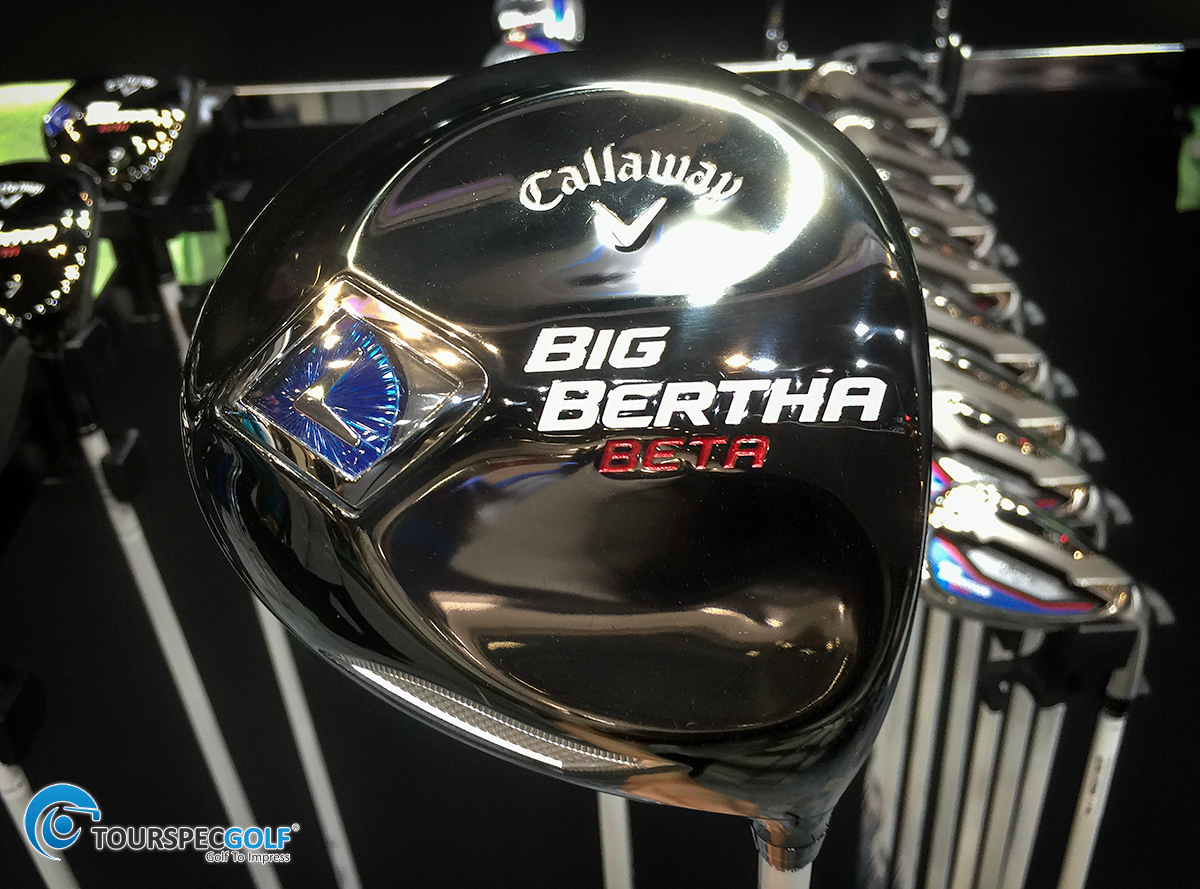 Japan Only Big Bertha Beta Series Woods & Irons – Globally Callaway Golf has released the Big Bertha Alpha Series & V-Series while Japan get’s a very unique new model called the Big Bertha “Beta” that was produced to replace the higher end Legacy models. The U.S Big Bertha V-Series is based on the Japanese Legacy Driver while this new BETA could become the foundation of a next gen design by Callaway Global.

This is the lightest weight Callaway driver has every released and it features their thinnest and lightest face material in the history of the brand called 811 Titanium which promises to have the highest ball velocity of any Callaway Driver ever. This driver has a fixed heel weight giving it a draw bias to aid in keeping the right side our of play and it’s also Interesting they released a higher end model using yet left out the adjustable hosel in the sake of performance & design. A new internal sound rib was implemented for better feel and the standard shaft similar to the Fujikura Air a very light weight longer in length distance focused design mated special with this head design is supposed to make the new Beta series driver Callaway’s biggest distance club they have ever released. Ready to see the rest of the models including the new HEAVENWOOD? Follow the Jump Please… 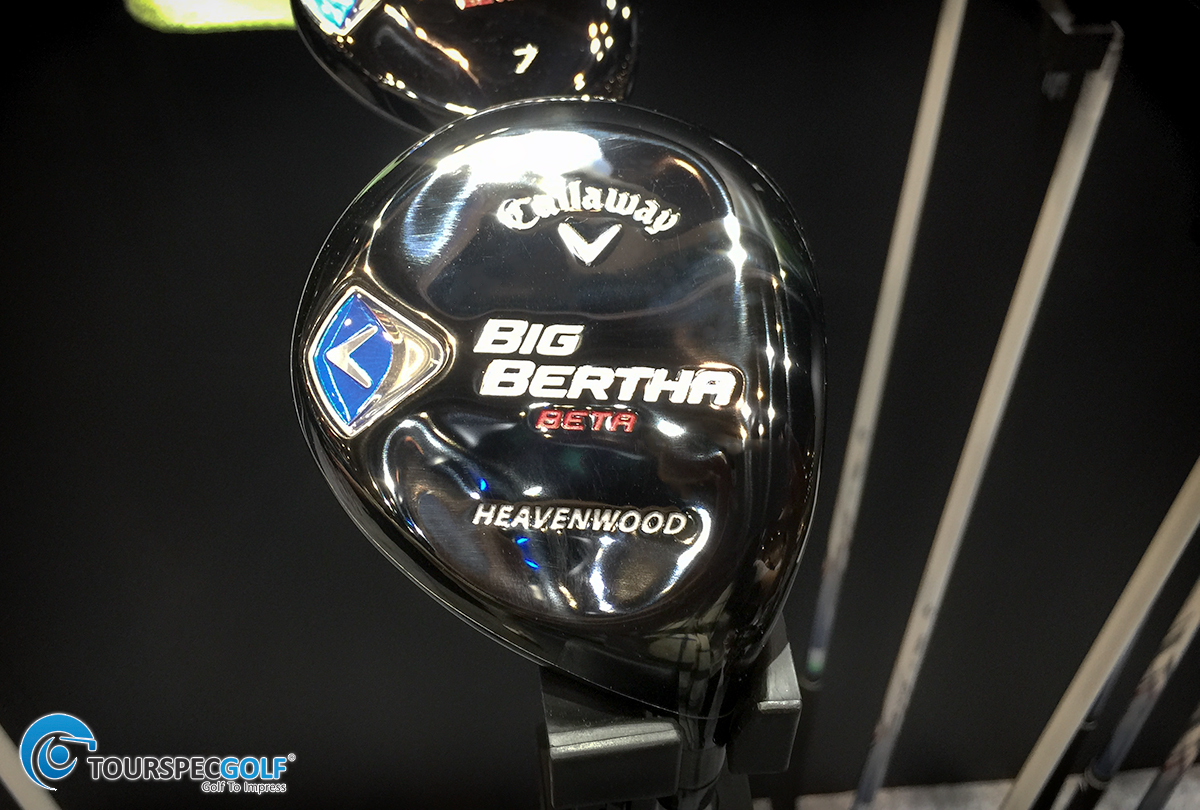 So are these just high priced Callaway woods very similar to the global versions? Definitely not and in the case of their new fairway woods they use a forged cup face with stainless steel bodies meaning these are top end materials not used stateside. Forged cup faces are the most recent trend in top notch fairway clubs and combine that with aftermarket quality standard shafts like the Fujikura Air Speeder it’s easier to understand the premium in price one must pay for these. (above pics of new HEAVENWOOD) 20.5* super easy to hit, longer length, made for forgiveness and big distance. 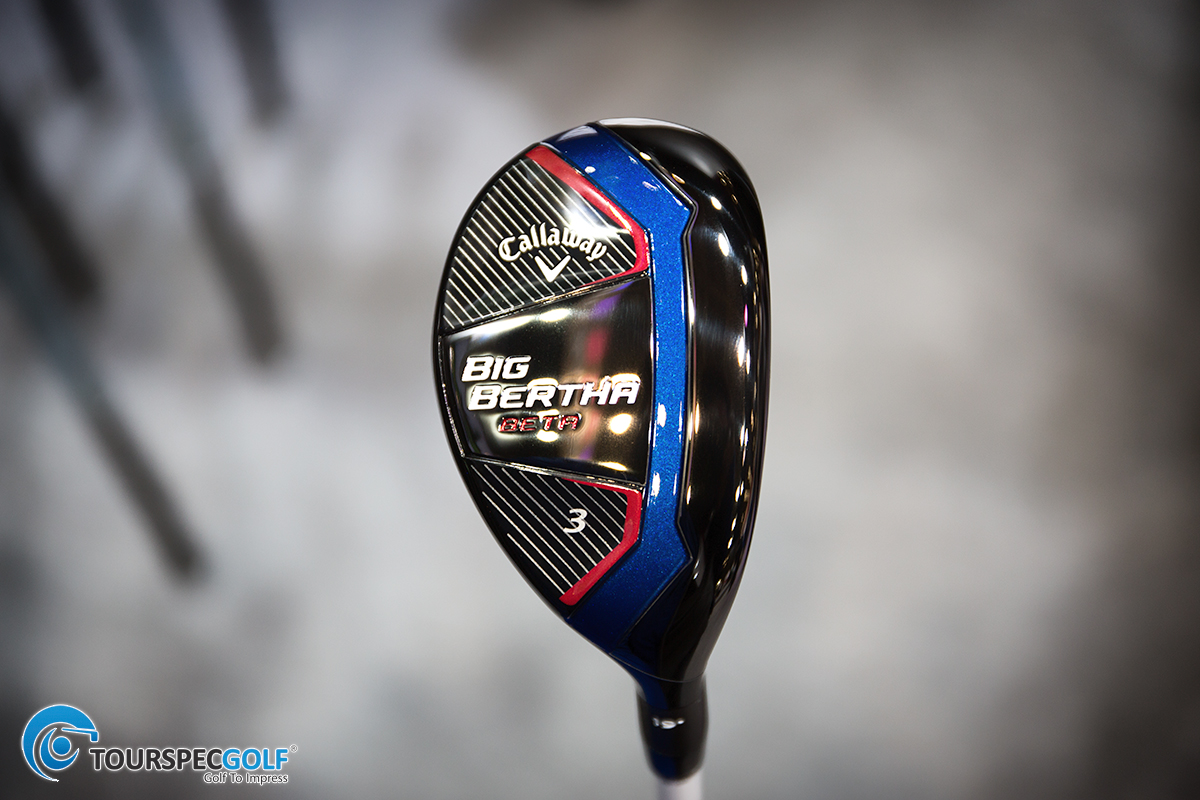 I’m not all that fond of the looks but again these are made of stainless with forged cup faces so they hit the mark in terms of quality/design/materials, Callaway has also implemented a inner under cut behind the face, this is a big deal because slower swingers usually need more spin for more distance while the undercut behind the forged cup face material lowers the CG and removes a ton of spin yet maintains big distance. Shallow face profile, confidence inspiring size I would say the mid to high capper now have another excellent option to consider.

Below the new Big Bertha BETA Irons, looks like any other Callaway iron but they are not, Callawway Japan claims to have combined wood design with iron design by using an undercut inner weight,
to achieve the thinning of lower portion of the face lowering the CG and increasing rebound performance. The face itself is an L shape that blends with the sole made of 455 Stainless steel, a new wide weight structure rests behind the lower portion of the face near the undercut and combine that with it’s large face and Air Speeder carbon shaft you have an easy to hit distance monster for the average player. 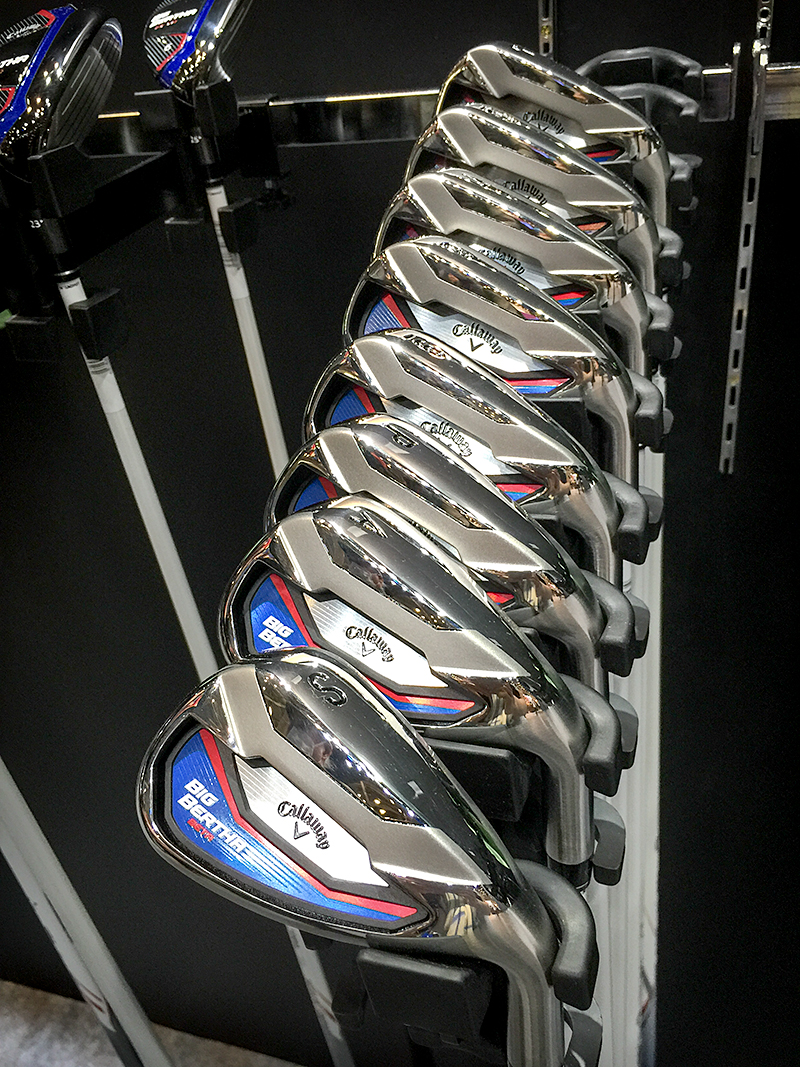