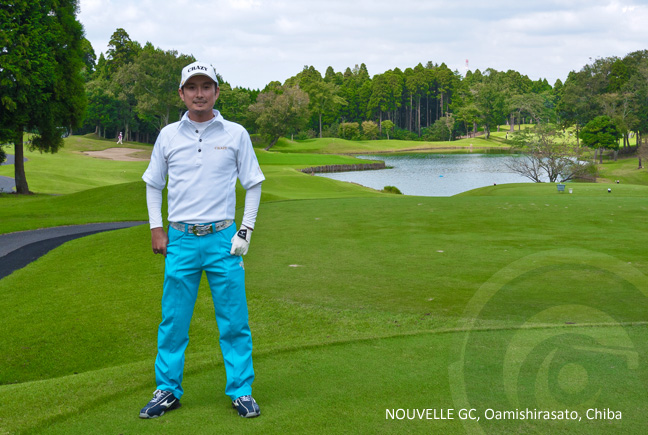 We’re having  very nice weather these days in Chiba. After typhoon number 15 cleared across Japan and swept away the humidity and moisture, days are much cooler now and great for golf.  I headed out yesterday to Nouvelle Golf Club which is a very convenient 5 minutes away.  I decided to bring 4 different golf balls with me which I would play 3 holes each with to get a bit of a head to head impression of how they play. Along with the ride came the Tourstage X-jD, New Super Newing, Mizuno MP-8 and the Kasco Kira Soft & Distant in Lime Green. Conditions were about 23C and reasonably windy with swirling winds around 4 to 5m/s. 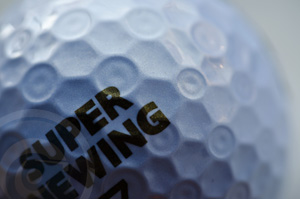 I  just made a blog post about the New Super Newing as you can see right before this post. It has a tough act to follow in replacing the Newing Brill which has been my gamer all year. I have to say distance is as good if not better and the strongest point is the ball feels fabulous off ALL clubs.  It shoots off the driver and woods and compresses nicely with irons and wedges. With the putter, dare I say its almost too soft.  The wind played a big factor today especially teeing off so the Super Newing as well as the other balls were certainly put to an aerodynamic test.  Against a very strong headwind on the first hole, I hit the driver as I always do and did not try and create a lower trajectory or de-loft the club in anyway. Even with the strong wind, carry was affected only slightly but the key here is it hit the ground running and I must have gained 20 yards of run and that’s even with the wind. On the next hole the wind was behind us so I could not resist teeing it up a bit higher and launching one.

Let me say the Super Newing is a wind surfer… it knows how to ride the wind. The ball has lift and on the 2nd hole 548 par 5, I received a much needed 250+ yard drive well above my average of 225-235 and well on the way to a nice 3 on. I like this ball a lot and highly recommend it especially for those players 100 mph and under who are looking for added distance. It is average when it comes to approach spin but afterall the strength of this ball is not the rpm it can produce but the yardage it can cover. 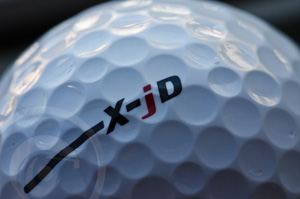 I also introduced this ball earlier on the blog and described it as the distance ball for the pro and better player. For an average golfer or slower swinging player there is always a concern when playing a tour labeled ball that one cannot generate enough swing speed to properly compress the ball and take advantage of its design characteristics. Unlike many tour balls out there, the X-jD has a relatively manageable compression rating of 86.  This is actually a ball I very much look forward to playing as I loved the previous X-01 B+ which was an all around ball very much like this one.

The X-jD feels almost as good as the Super Newing. It’s pretty soft and has crisp feedback off the face of woods and utilities. While distance doesn’t quite match the Super Newing it is still very good with a slightly lower trajectory than the Super Newing which just climbs and keeps going. It doesn’t spin quite as low it seems as the SN but where it does shine is with irons and wedges. The X-jD had noticeably better spin characteristics around the greens vs the average spin of the SN.  Stopping power is quite a bit better on full wedge shots and still better on even half and 3/4  swings. Off the putter, the X-jD is soft but not as soft as the SN which may be a good thing as there is a bit more feedback from its slightly crisper impact.  If the SN is a pure distance ball made for average golfers, the X-jD may be the balanced ball for everyone even though it is labeled a tour ball. 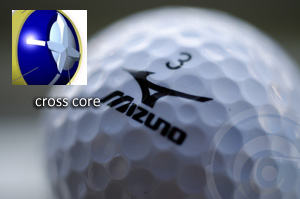 I haven’t officially introduced the Mizuno MP-8 ball yet here on TSG but it was one of 10 balls I received for testing and I decided to bring this along with me yesterday based on my past experiences with the Mizuno Tour 352s ball. The new MP-8 is a premium 4 piece ball designed for mid trajectory and soft feel with both increased carry and increased spin.  Unlike many balls today which are going with larger dimples and less dimples the MP-8 features a 366 variably sized dimple pattern.  There are currently two balls in the MP lineup, this MP-8 aimed at golfers 90mph and up and the MP-8x aimed at golfers approximately 100mph and up. Mizuno is the ball brand that doesn’t use the typical round or ball core. Their balls usually use a what they dub a cross core which is designed to control spin and distance.

Playing this ball in the wind at Nouvelle had its advantages as the mid trajectory provided stability and good run. The core of the MP-8 is designed for a swinger of my speeds and the ball felt soft and responsive will all clubs. It was not the longest ball (Super Newing), nor was it the best spinning (X-jD), but for the 90mph player it may have very well been the best balanced ball. Feel off the putter is soft, right in between the SN and X-jD. For average swing speed players wanting a more mid trajectory ball and with balanced performance the MP-8 is certainly worth considering. 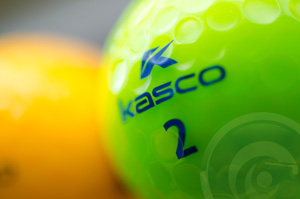 I’ve always loved Kasco balls especially their colored ones. Come to think of it, I’ve never ever played a white Kasco ball though white Kasco models certainly exist. Kasco golf balls afterall are best know for color first followed by performance. That is not to say that performance is sub par, its just that everyone seems to notice the color first and foremost. The Kira Soft & Distant is a  very soft, 3 piece, high launch max carry type ball that produces average spin around the greens. It’s aimed at the average golfer with a swing speed between 80 to 100mph.

The term “kira kira” in Japanese means shiny or glittery and that is how the Kira line has always been thanks to a special fluorescent coating used in their balls that diffuses light when reacting to ultraviolet rays of the sun. Kira balls also possess some of the unique technologies used in Kasco’s balls. Kasco has worked on implementing nano technology in their balls and in the case of the Kira a unique silicone molecule which provides a high degree of flex and rebound all this while providing a soft feel that Kasco is known for. This is what also produces great distance off the tee. The Kira S&D has very good feel, it is indeed very soft and it launches high and carries far and you can clearly see doing so. Like the ruby red Klenot I reviewed before, when you launch a Kira into the sky its hard to lose sight of it as it glows in the sunlight.  I’ve never thought much about its spin around the greens (which means its probably pretty average) however I enjoy playing it as it feels good and is rather long off the tee and easy to find if you aren’t hitting it straight on certain days.  One cool thing is that Kasco is currently raising funds for the earthquake victims in Japan with their special “Smile for Japan” Kira edition. It’s a sleeve of 3 +1, so 4 balls in all 4 colors, yellow, pink, orange and my favorite and easiest to see in my opinion lime.  For every sleeve purchased, Kasco makes a donation.

As always there are many great balls to choose from in Japan. The pros are that they are for the most part very high quality and high performing usually with very good feel. The cons are that they are not cheap to buy and even worse, shipping them overseas makes them more expensive than they already are. If you want high performance, great feel and a something unique plus you don’t lose balls regularly, any of these four JDM balls above will make many a golfer happy. The X-jD is already in the pro shop, looks soon for the New Super Newing, Mizuno MP-8 and MP-8x and Kira Smile for Japan sleeves to be added.

Yururi Iron Models Side By Side Comparison

Yururi Iron Models Side By Side Comparison