inWedges
0
VIEWS
Share on FacebookShare on TwitterShare via Whatsapp

It was only recently that Yamaha wedges really captured my eye, only since the last model was I a fan. Not sure why as I’ve always known they make amazing product from driver to wedge. What I remember of the 2012 Yamaha Inpress Wedge is that it had a more narrow sole than appeared, It felt nice soft pure S20C, It also had better than average spin while looking totally modern. This years wedge is very different in style being much more traditional and I love the stamping it’s simple, clean and most importantly this wedge also performs. I’m two range sessions and 2 rounds into a 56* and It plays flawlessly, a near perfect wedge doing everything its predecessor did in a much more classy appearance. By the way my gamers are CRAZY Toyoshima’s which I Love to pieces and they aren’t better than these nor worse just perfection both of them equally really. I couldn’t choose and while there are so many amazing wedges out right now somehow we must have the courage to pick just one, two, three or four… 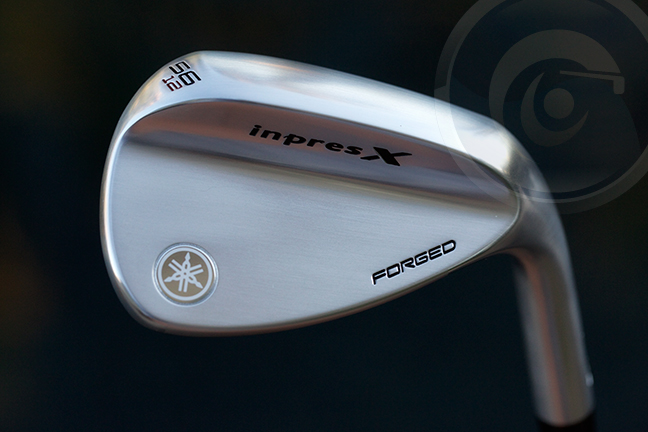 Click on to Read More and see more pictures….

For those of you who have hit the JDM only Vokey’s picture that but a hair smaller. Both rounds with these wedges my game went along better than usual. Ordered stock with Modus 3’s the Yamaha Inpres X Wedge really shines in all areas. Let’s start with Forgiveness, It’s a bit larger than my Toyoshimas yet smaller than Forged Vokeys, even my poorly struck shots reacted appropriately, out of bunkers this wedge was very easy to hit, It’s versatile grind reminds me of the ONOFF S-Forged wedge and my Toyoshimas. I think any player from Pro to 15 handicap could meld into the Inpres X easily. 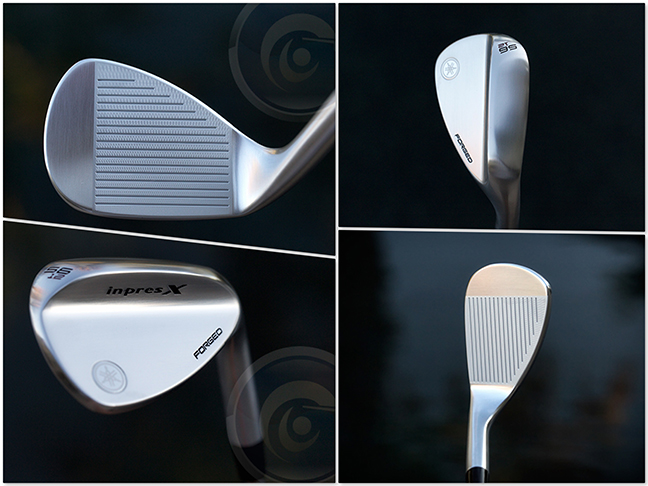 I really do believe the way Endo does intricate milling on the faces of wedges actually works. We see many top brands doing it, not all but many. S-Yards new BOLD, the ONOFF Forged irons, along with other Yamaha irons. On the golf course I got the feeling these spin as well as wedges with non conforming grooves. From above the setup inspires confidence as well I would consider it compact but not small. If you like the way it looks I suggest you pick one up. It’s all what they are cracked up to be and I’m a little surprised more Yamaha fans have not adopted these awesome awesome stix.